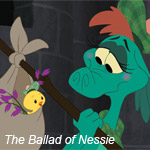 Here’s a lesson for animation students: Don’t forget about your favorite class projects after you graduate. That’s the take-away lesson from the story of how Stevie Wermers-Skelton’s CalArts project inspired this summer’s The Ballad of Nessie, the charming 2D-animated short that screens with Disney’s Winnie the Pooh this summer. Co-directed by Wermers and her frequent collaborator Kevin Deters, the short looks at how the friendly Loch Ness Monster and her best friend MacQuack the rubber duck came to settle in the moor they call home today. 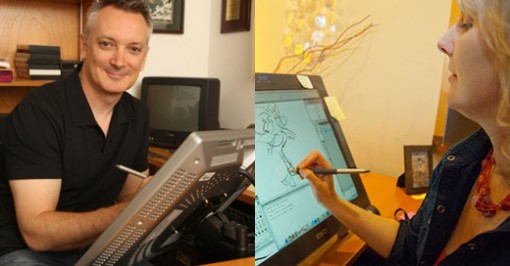 The Ballad of Nessie's Kevin Deters (Left) and Stevie Wermers-Skelton

“Nessie began as one of Stevie’s student films from CalArts,” explains Deters. “We had been working together in the Disney story department for a long time, and when the opportunity arose to pitch new short ideas to John Lasseter, we decided to pitch them as a team. We proposed both The Ballad of Nessie and Goofy’s How to Hook Up Your Home Theater on the same day in 2006. We were really thrilled that John wanted to make both ideas.”

Wermers original student short Nessie was made in 1994 and it was inspired by her love for dragons as a child.

“I had always loved to draw this type of dragon-like character,” she recalls. “I figured I might as well try to tell a story about it. Being very inspired by Bill Peet’s children’s books when I was younger also helped influence the storytelling style … I had always wanted to pitch the idea for a short, but since the studio really wasn’t producing too many shorts for a while, the idea just sort of sat on the shelf.“ 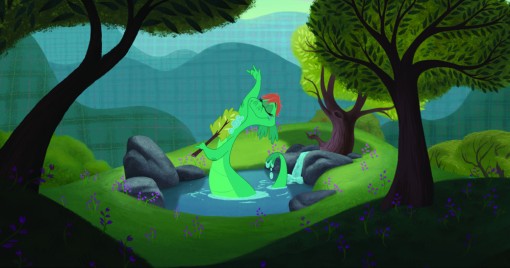 Like many animation professionals, Wermers and Deters have grown accustomed to working on projects that take a lot of time to come to fruition. One reason this short took about five years to complete was because they had to use the resources and staff—between 75 and 100 artists worked on the project—whenever they were available.

“There was not a whole lot of animation ‘down time’ where we could actually utilize the resources,” explains Wermers. “This became a challenge at times, trying to find out who was available for just a day or two, while the production of Princess and the Frog was happening. But it was ok, because unlike the feature, we did not have a set release date. Most shorts just get done when they get done.”

The directing duo has had great success working on animated projects and is currently working on Naughty vs. Nice, their holiday season sequel to their 2009 Emmy-winning Disney/ABC special Prep & Landing. 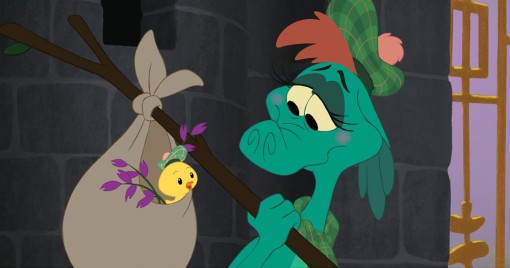 “We have similar sensibilities when it comes to storytelling,” notes Deters. “Being a male and female directing pair, we each bring our gender’s perspective to our work. We have a nice yin and yang relationship, and we believe that balance helps round out our stories nicely.”

Whether it’s a project about Christmas elves, a legendary monster or a classic Disney character like Goofy, the directors look for projects that are personal to them.

“As storytellers and directors, you have to invest yourself in the films, and that is certainly true of Nessie. It is a very personal story for Stevie, and it became one for me as well. I was proud to help bring it to its fruition.”

Deters also points out that Nessie tells a sweet, simple story with a nice message.

Wermers and Deters admit that the have a fondness for working in the short-format universe because they don’t usually take as long as features to develop and produce. 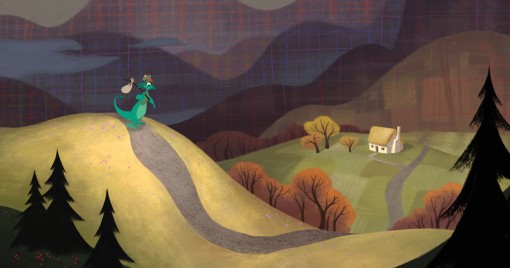 “Shorts are more of a half-marathon, but just as rewarding artistically. You also get to have more of an instant-gratification feeling with them—for the Prep & Landing specials, there were about 18 months of development and production,” says Wermers. “That may seems like a lot of time, but when you compare it to a feature, it’s not bad at all.”

Working in 2D animation also has a special appeal because of the sheer artistry of the medium.

“Nothing is more exciting than collaborating with a group of supremely talented artists who are excited to help you bring your vision to the screen,” concludes Wermers.

The Ballad of Nessie will screen before Winnie the Pooh in theaters this month. 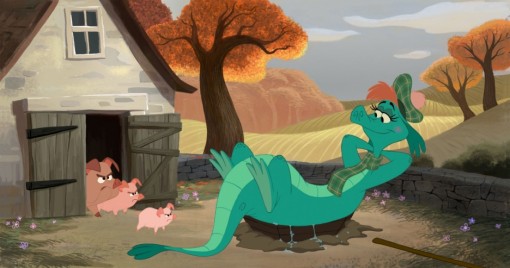 Prepare for the Stampede!
It’s a Bird! It’s a Plane! It’s … Comic-Con International!