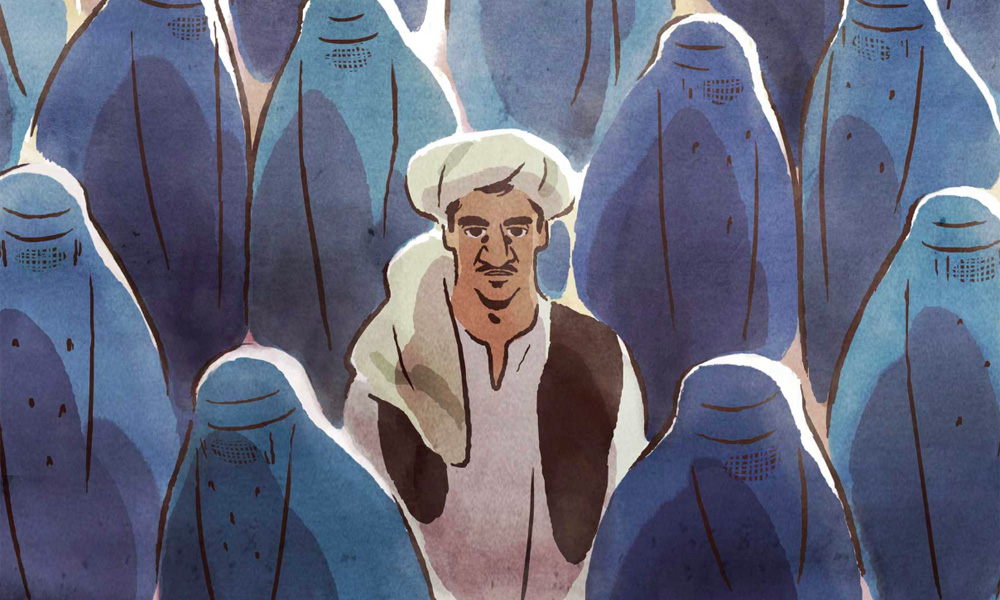 Yasmina Khadra’s 2002 novel The Swallows of Kabul (Les Hirondelles de Kaboul) takes an unflinching, compassionate look at the lives of two couples — one modern and one traditional — living in Afghanistan under the brutal Taliban regime. Now, thanks to the efforts of the creative team at France’s Les Armateurs (Ernest & Celestine, The Triplets of Belleville) and Luxembourg’s Studio 352, the book has been adapted into a 2D animated feature film.

The movie, which will be screening at the Cannes Film Festival’s Un Certain Regard section in May, is directed by actress/helmer Zabou Breitman (Beautiful Memories) and Eléa Gobbé-Mévellec (Ernest & Celestine). The adaptation started out as a live-action project, but when the company that had developed the script brought it to the attention of the producers at Les Armateurs, they decided to make it an animated movie instead.

“Animation is the perfect choice, because it creates a necessary distance from reality,” says Gobbé-Mévellec. “It offers a more distant perspective, which allows viewers to create their own history and emotions. You definitely need space and time to approach some of the film’s tough topics and violent instances. Zabou and I chose to translate the actions of the book through clean graphics. We wanted to suggest the drama with a staging similar to a documentary, with realistic sounds and realistic performances from the actors as well. We wanted to express the characters’ emotions through their simplest forms in animation.”

The film, which has an estimated 5.7 million euro ($6.8 million USD) budget, went into production three years ago, with around 70 people in France, 30 in Luxembourg and two in Switzerland. The studios employed Adobe’s Animate, Photoshop to create the backgrounds, and After Effects to composite the images.

Breitman and Gobbé-Mévellec believe that the story’s human elements are quite universal. “The author writes about people who have to survive in a harsh environment where lives are destroyed and individuals have to make challenging choices in order to survive in a hostile world,” says Breitman. “All the issues and characters are treated with sensitivity, and despite the seemingly hopeless situation, it is still possible to find the strength and courage to move forward.”

Memento Films will distribute The Swallows of Kabul in France; Celluloid Dreams is the international sales agent. The movie is set to open theatrically in France on September 4, 2019.