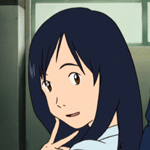 Summer Wars, one of the 15 films set to qualify for this year’s best animated feature Oscar race, has announced additional dates for its limited theatrical run.

Directed by Mamoru Hosoda, the science-fiction anime film is being distributed theatrically by GKids, which also handled last year’s surprise nominee The Secret of Kells. The film’s Oscar-qualifying run is set for Dec. 10-16 at the AMC Covina 30.

The additional dates include runs in Arizona, Minneapolis, Portland and Philadelphia. The full lineup of cities and theaters where the film will play now includes:

The U.S. theatrical release will feature the English language dub version directed by Mike McFarland and starring Michael Sinternicklaas as Kenji and Brina Palencia as Natsuki. Meanwhile, the English subtitled version will continue to be featured at film festivals worldwide

Summer Wars will release on DVD and Blu-ray on Feb. 15.