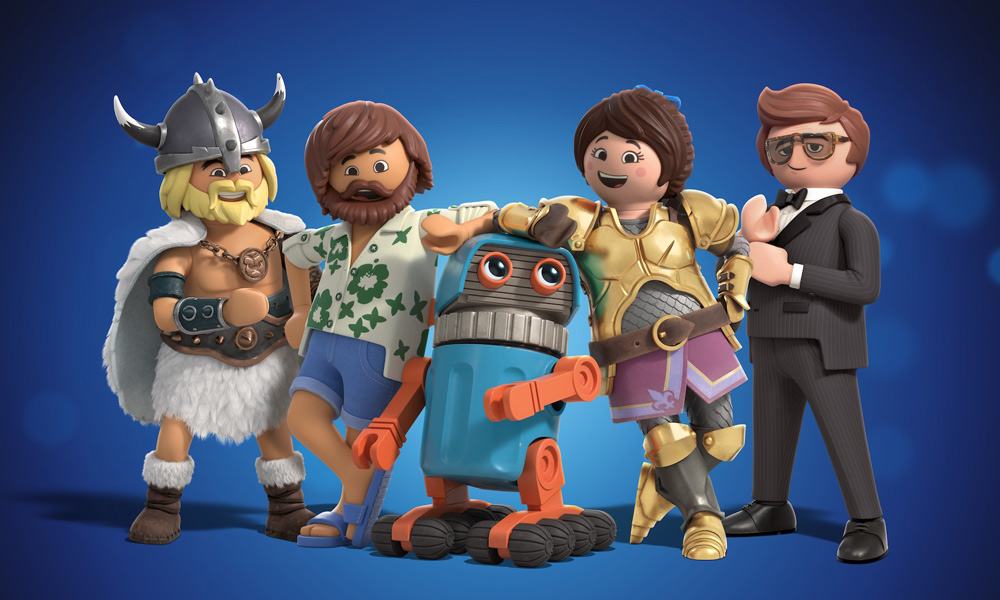 The film opens in theaters word-wide in 2019, following its world premiere screening at Annecy in June.

Inspired by the beloved, award-winning Playmobil role-play toys, Playmobil: The Movie takes audiences on an epic comedy adventure through a sprawling imaginative universe. When her younger brother Charlie (Gabriel Bateman) unexpectedly disappears into the magical, animated universe of Playmobil, unprepared Marla (Anya Taylor Joy) must go on the quest of a lifetime to bring him home, and team up with some unlikely and heroic new friends along the way.

“Playmobil: The Movie is an action-packed animated adventure led by a fantastic cast and the inimitable Lino DiSalvo,” said Adam Fogelson, Chairman of STXfilms. “We’re thrilled to partner with ON Animation Studios on this fun and original project, and look forward to bringing a fresh take on the iconic Playmobil toy to the big screen for audiences across the U.S.”

“Rodolphe Buet and I are very excited to partner with Adam and his team at STX to enable American audiences to discover this great movie full of surprises, inventive comedy and memorable songs,” said Aton Soumache, Chairman of ON Animation Studios. “The iconic Playmobil brand’s endless storytelling, roleplay and world-building possibilities have been an inexhaustible source of inspiration and creativity for Lino DiSalvo, one of the greatest animation talents alive, who brought us his experience and delivered an amazing adventure which will appeal to everyone, everywhere. We truly can’t wait for the film’s global rollout to begin so that audiences all over the world can enjoy it in theaters!”

“Creating an animated universe based on one of my children’s favorite toys has been a thrill, said DiSalvo. “The creative team and I set out to make a film with as much heart and emotion as it is funny. I’m thrilled that our film has found a home with Adam and the talented crew at STX Entertainment. As a writer and director, it’s a wonderful feeling knowing that a studio like STX, with its resources, believes in what you’ve created and is fully behind it… I’m stoked.”

STX’s Jordan Lichtman and Carolyn Steinmetz negotiated the deal with Rodolphe Buet from ON Animation on behalf of the studio.

Since their introduction in 1974, Playmobil toys have been sold in more than 100 countries worldwide and produced more than 3 billion figurines.