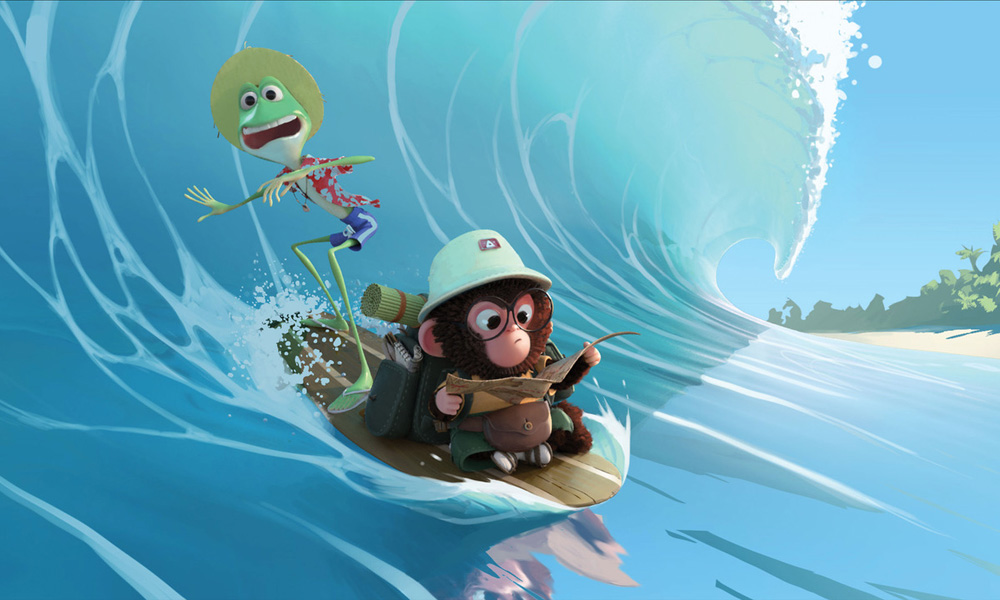 French distributor and producer StudioCanal is opening sales for a new English-language animated film Around the World at Cannes. The $20 million Jules Verne revamp is animated at Mac Guff’s Brussels outfit (Despicable Me, A Monster in Paris) and Circus (Paris) . The movie is produced by Cottonwood Media (France).

Billed as an update on Around the World in Eighty Days, the flick will follow an unlikely talking animal duo — a marmoset and a con-man frog — as they attempt to complete a record-breaking journey. The script is by Gerry Swallow (Ice Age: The Meltdown). Around the World will mark the feature directorial debut of Best Animated Short Oscar nominee Samuel Tourneux (Even Pigeons Go to Heaven).

“This marks Cottonwood Media’s first feature film production – and we have pulled together an incredible talent pool,” says David Michel, CEO of Cottonwood Media (Squish, The Ollie and Moon Show).  “It’s also a privilege to be working with such an impressive media entity as StudioCanal, and we are confident that this film is definitely something that will travel ‘around the world!’”

Here is the film’s official synopsis: Passepartout is a young and scholarly marmoset who always dreamt of becoming an explorer. One day, he crosses paths with Phileas, a reckless and greedy frog, eager to take on a bet to circumnavigate the globe in 80 days and earn 10 million clams in the process. Seizing the opportunity of a lifetime to explore the world, Passepartout embarks with his new friend on a crazy and exhilarating adventure full of twists and surprises.