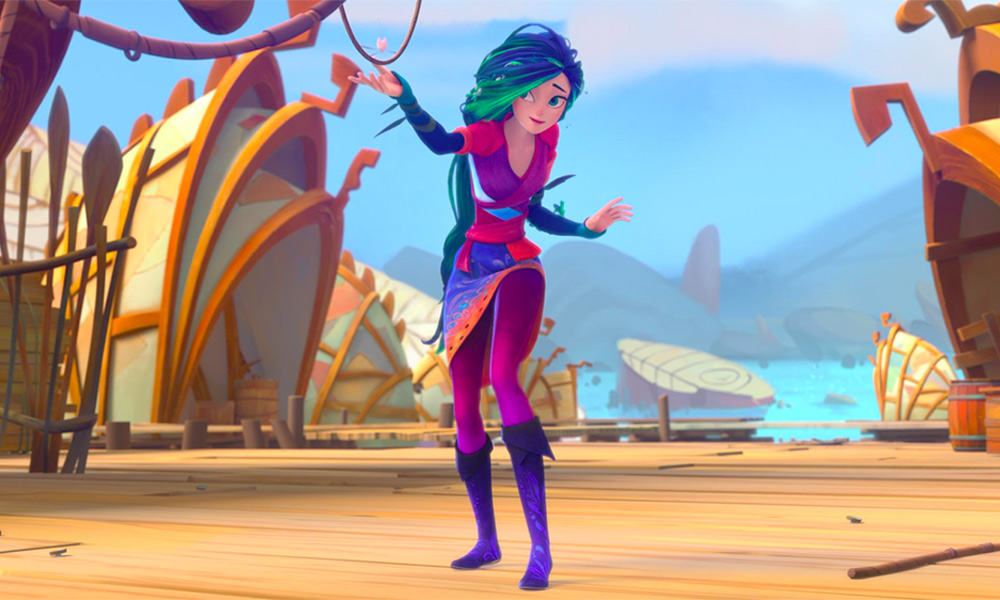 Animag recently had the chance to hear from some of the creative forces behind Parovoz Studio’s upcoming CG-animated feature Koshchey: The True Story. This is the first big feature-length animated feature for the Moscow-based studio behind shows such as Fantasy Patrol, Be-Be-Bears and Leo and Tig, which is slated for a 2020 release date.

Based on some of Russia’s most beloved fairy tales, the movie follows the adventures of the young warrior Koshchey, whose mission is to destroy the White Monster, who made him an outcast. His world changes when he meets the young circus actress May and together they embark on an exciting adventure to save the world from an ancient evil force. Directed by Andrey Kolpin, the movie is penned by Evgeny Golovin, Maria Parfyonova and Anton Lanshakov.

“Our movie is based on the same universe as our animated series Fantasy Patrol, in which Koshchey is the mayor of the fairy tale museum known as Myshkin, where our four young sorceresses live. We decide to build on the fantasy, expand this fairy tale universe and explore the other lesser-known sides of this fairy tale,” says Parfyonova.

“We think the movie’s strong ideas and storylines and surprising re-interpretations of some of our well-known childhood tales will spark the interest of audiences all around the world,” says studio CEO Anton Smetankin. “The movie allows viewers to get to know their favorite characters in a different, original way.”

Creative producer Golovin says the filmmaker were inspired by some of their favorite childhood fairy tales in bringing this movie to animated life. “Characters such as Koshchey Bessmernty, Baba Yaga, Sword Kladenets, Vodyanoy, Liho One-eyed, etc. have played a big part in our common culture,” he notes. “We wanted to really show who these well-known characters are, explore their origins and find out how they became the way we know them in our stories.”

Director Kolpin says he tapped a vast variety of resources and personal influences for this project. “I drew on 30 years of experience in animation as well as all the other characters we worked on throughout the years,” he notes. “The movie allows us to really put a creative spin on these beloved characters, while exploring both their emotional development and the humorous aspects of their situations.”

According to the film’s production supervisor Denis Alymov, the movie’s CG animation was developed using Autodesk Maya, mixed with additional scripts and programs designed at the studio: “Maya is integrated with Shotgun, and we also use Toon Boom’s Storyboard Pro program.”

As the movie’s talented crew continue to work on the movie this year, they hope Parovoz Studio’s first adventure in feature animation will be just as beloved as the original Russian fairy tales and mythologies. “The main message of the movie is to encourage audiences to believe in the power of love, fight for their dreams and never give up,” note Parfyonova and Golovin. “One day, good will triumph over evil and fairy tales will come true.”