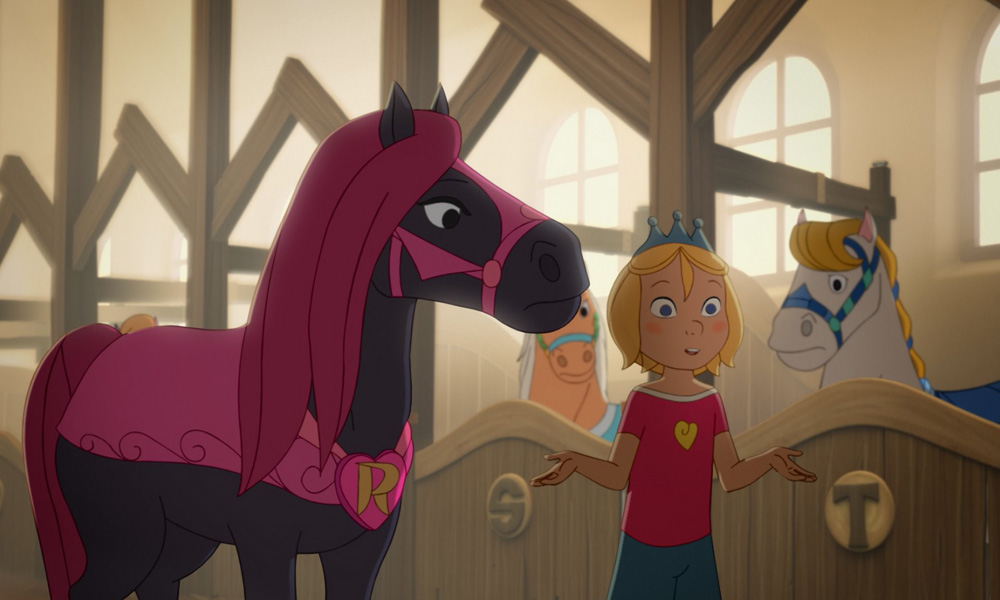 Multi-platform media company Shout! Factory has inked a deal with international feature film sales agency Studio 100 Film to distribute Princess Emmy – The Movie in the U.S. and Canada. Shout! has secured all North American distribution rights, including digital, video-on-demand, home entertainment, theatrical and broadcast, and is planning a strategic launch across multiple entertainment platforms through its Shout! Factory Kids imprint.

The announcement was made Thursday by Melissa Boag, Shout! Factory’s Senior Vice President of Kids & Family Entertainment, and Thorsten Wegener, Director of Operations at Studio 100 Film.

“This fun-filled movie is a terrific addition to our library of exciting new family films. We look forward to presenting this delightful family adventure to North American audiences through a wide variety of entertainment distribution platforms and on family home entertainment shelves,” said Boag.

Wegener commented, “We are delighted to partner with Shout! Factory for Princess Emmy – The Movie again. Together we successfully brought iconic character Maya the Bee to the North American territories and we are convinced, that our little princess will win over her audiences as well.”

Synopsis: Princess Emmy has a secret gift – she is the only one in the kingdom of Kandis who can speak to horses. She has a wonderful time with her best friends, a stable full of amazing horses. When her scheming cousin, Gizana, appears, Emmy’s chance to become an officially inaugurated princess is threatened. Additionally, she must undergo a test for the right to keep her special gift. A lot is at stake for the little princess…