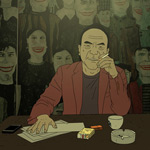 Strand releasing has debuted the official US trailer and poster for the buzzworthy Chinese animated crime drama Have A Nice Day. Written and directed by Jian Liu (Piercing I). The spot still has the original Chinese voice-over, but effectively uses text design to work in English subtitling while maintaining the violent energy and neo-noir emotional bleakness of the film.

Have A Nice Day had its world premiere at the 2017 Berlinale, where it was nominated for Best Film. Despite making official selection lists at Seattle Int’l Film Festival, Milan, Buenos Aires and AFI Fest and winning awards from Fantasia (Best Animated Feature), Philadelphia (Best Narrative Feature) and Tawian’s Golden Horse Awards (Best Animation Feature), the picture was pulled from this year’s Annecy lineup due to pressure from Chinese officials.

Synopsis: A hard rain is about to fall on a small town in Southern China. In a desperate attempt to find money to save his fiancée’s failed plastic surgery, Xiao Zhang, a mere driver, steals a bag containing 1 million from his boss. News of the robbery spreads fast within the town and, over the course of one night, everyone starts looking for Xiao Zhang and his money… 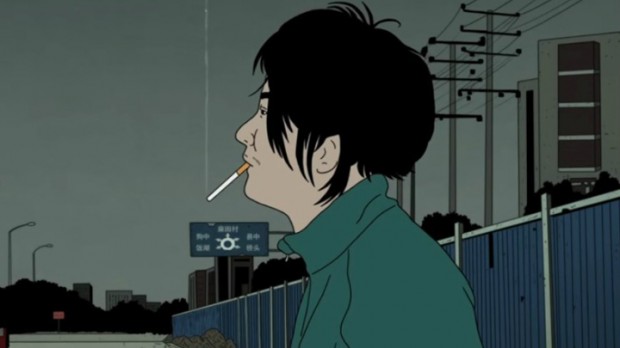 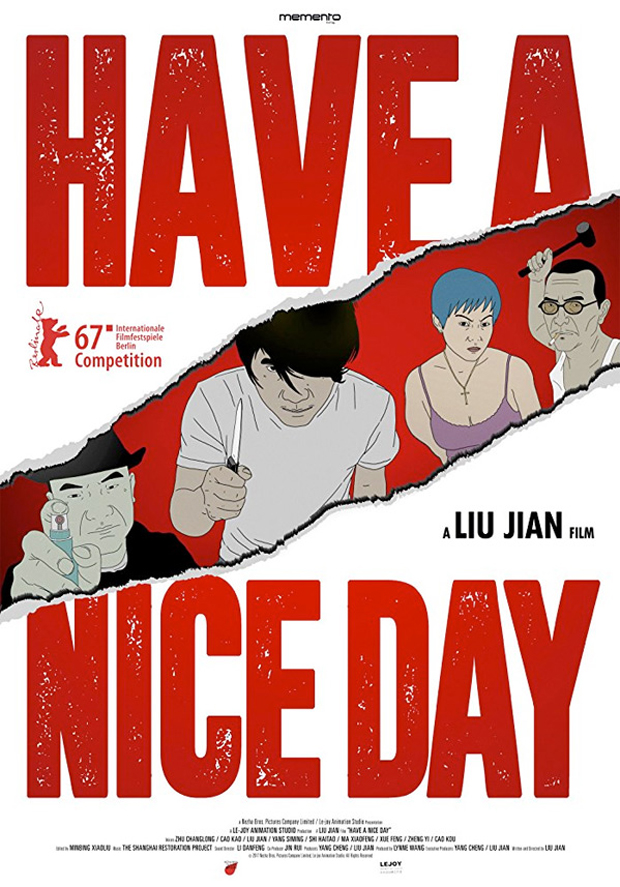 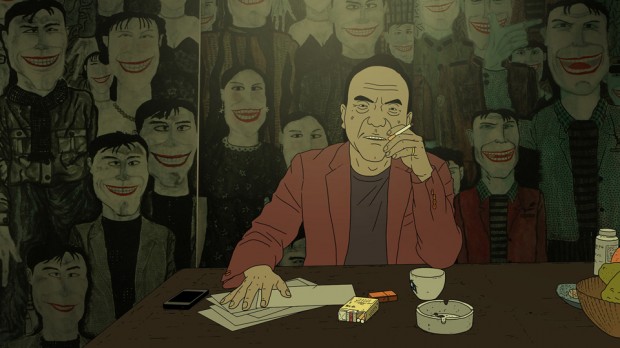 You may also like...
Related Topics:Have a Nice Day, Jian Liu, Piercing I, Xiao Zhang