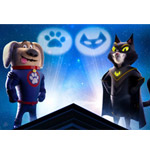 Kaleidoscope Film Distribution has secured pre-sales in several territories for the family animated feature Stardog and Turbocat, now in production at Sheffield, UK studio Red Star. The picture features the voices of Gemma Arterton (Clash of the Titans, Quantum of Solace) and Golden Globe and BAFTA winner Bill Nighy (Pirates of the Caribbean: Dead Man’s Chest & At World’s End; Hot Fuzz, Love Actually), and has been snapped up by Filma (Turkey), Vision (China), MVK (CIS) and Yejilim (S. Korea, Vietnam).

Stardog and Turbocat is a 3D-animated comedy-adventure about an unlikely pair of superheros. The story begins in 1966, when loyal dog Buddy is launched into space by his NASA scientist owner, finally crash landing in the 21st century in the small town of Glenview, where a pet ban is ruthlessly enforced by animal-hating police officer Peck. Desperate to reunite with his owner, Buddy turns to genius millionaire cat Felix: a.k.a. the vigilante hero Turbocat.

Arterton is also providing voice work for the upcoming Watership Down miniseries and China-UK animated feature Watch the Skies (DeZerlin Media, Zycon Media). She previously voiced Shelly in A Turtle’s Tale: Sammy’s Adventures. Her live-action credits also include VFX spectacles Hansel & Gretel: Witch Hunters and Prince of Persia. Arterton received the Empire Award for Best Newcomer in 2009 and was nominated for the BAFTA Rising Star Award in 2011.

The indefatigable Nighy’s upcoming slate includes the live-action/CG hybrid flick Detective Pikachu from Legendary Pictures; he recently appeared in the Agatha Christie mini-series Ordeal By Innocence for BBC. His notable voice roles have included the undead pirate Davy Jones across Disney’s Pirates franchise, The Speaker in the Destiny games, Socrates in Norm of the North, Rattlesnake Jake in Rango, Whitey in Flushed Away, and his Annie Award-winning role as Grandsanta in Arthur Christmas. He won a Golden Globe for Gideon’s Daughter in 2007, and in 2004 won the BAFTA Film Award for supporting actor for Love Actually and the BAFTA TV Award for Best Actor in State of Play. Nighy has also made the requisite British actor appearances in Harry Potter and Doctor Who. 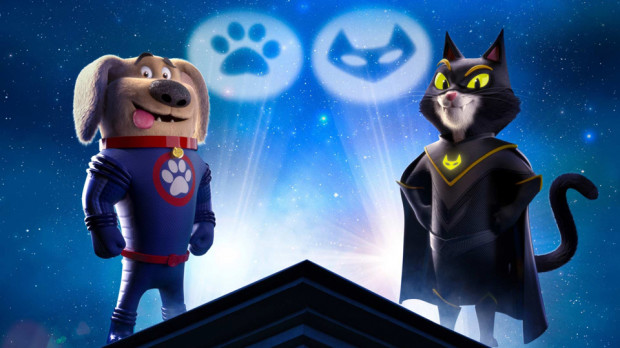