So, the Force is definitely with the bottom line for Disney.

Star Wars: The Force Awakens shattered plenty of box office openings in posting a $238 million domestic gross in its opening weekend. Combined with its $279 million foreign gross, the movie sold an astonishing $517 million dollars worth of tickets worldwide in its first three days of release.

But according to BoxOfficeMojo.com, the movie did set the following records:

As expected, the rest of the new-movie releases were far behind The Force Awakens, with second-place finisher Alvin and the Chipmunks: The Road Chip opening with $14.4 million domestic, while the Universal comedy Sisters was close behind with a $13.4 million domestic bow. 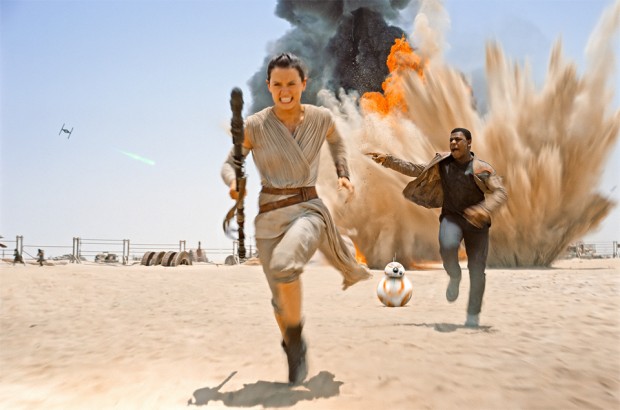 Continue Reading
You may also like...
Related Topics:Alvin and the Chipmunks: The Road Chip, Disney, Harry Potter and the Deathly Hallows Part 2, Jurassic World, Sisters, Star Wars: The Force Awakens, The Hobbit: An Unexpected Journey, Universal