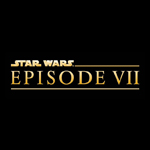 If you felt this morning a disturbance in The Force, you weren’t alone.

Disney and Lucasfilm officially announced the cast for the upcoming Star Wars: Episode VII, including the return of several major cast members from the original trilogy.

Reprising their roles are Mark Hamill as Luke Skywalker, Harrison Ford as Han Solo, Carrie Fisher as Princess Leia, Peter Mayhew as Chewbacca and Anthony Daniels as C-3PO and Kenny Baker as R2-D2.

New additions to the cast are John Boyega, Daisy Ridley, Adam Driver, Oscar Isaac, Andy Serkis, Domhnall Gleeson and Max von Sydow. No word was released as to the characters they will play.

The studio released a photo of the cast members assembled for a read-through of the script with director J.J. Abrams and crew. The movie, which will take place about 30 years after the events of 1983’s Return of the Jedi, is scripted by Lawrence Kasdan, who co-wrote The Empire Strikes Back and Jedi, and Abrams. Lucasfilm president Kathleen Kennedy is producing the movie with Abrams and Bryan Burk. John Williams will return to compose the score for the movie, as he has for all six previous episodes.

Director J.J. Abrams says, “We are so excited to finally share the cast of Star Wars: Episode VII. It is both thrilling and surreal to watch the beloved original cast and these brilliant new performers come together to bring this world to life, once again. We start shooting in a couple of weeks, and everyone is doing their best to make the fans proud.”

Star Wars creator George Lucas is consulting on the movie and provided the story for Episode VII and its two sequels. Early versions of the script were written by Michael Arndt, who won an Oscar for scripting Little Miss Sunshine and wrote Toy Story 3 for Pixar. 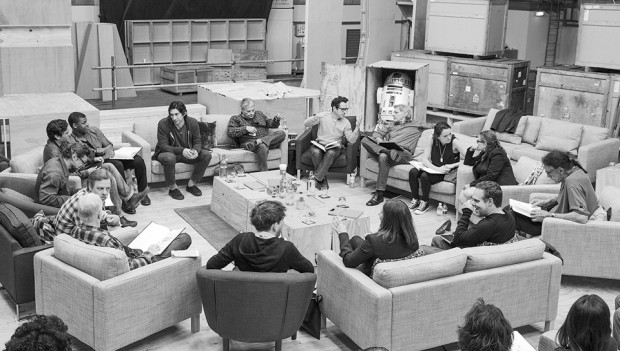