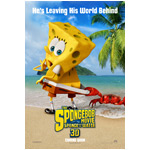 Paramount has unveiled the official trailer and poster for The SpongeBob Movie: Sponge Out of Water, arriving in theaters February 6, 2015. The movie blends live-action and animation to take SpongeBob and his Bikini Bottom pals into the real world on a quest for a special recipe in the possession of a greedy pirate, during which they adopt superhero alter-egos.

Directed by show writer/EP Paul Tibbitt (with live-action scenes helmed by Mike Mitchell) from a script by Jonathan Aibel and Glenn Berger, the film features the voices of series stars Tom Kenny as SpongeBob, Bill Fagerbakke as Patrick, Rodger Bumpass as Squidward, Clancy Brown as Mr. Krabs, Carolyn Lawrence as Sandy and Mr. Lawrence as Plankton. The nefarious pirate, Burger-Beard, is played by Antonio Banderas. 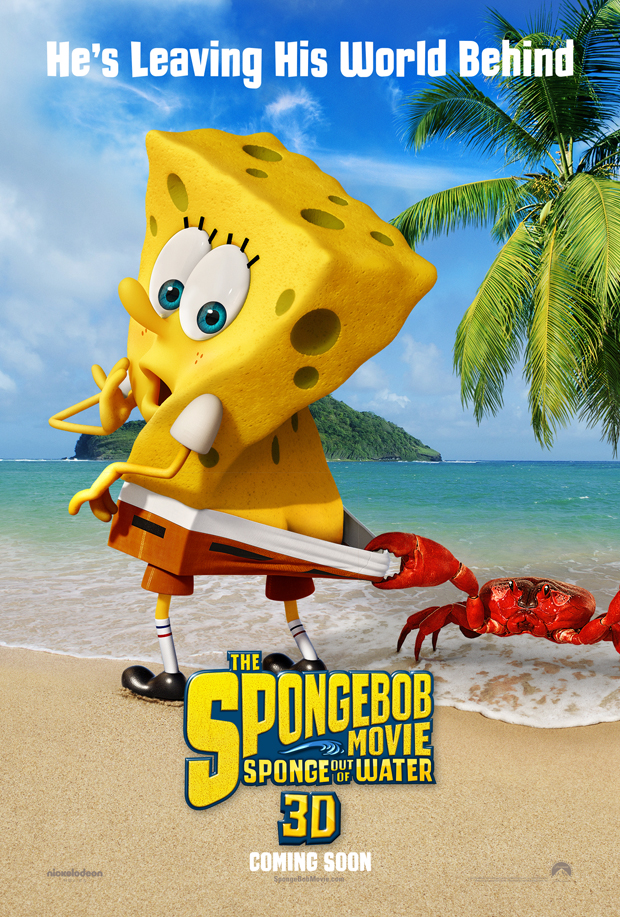