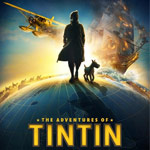 Since Steven Spielberg’s much-anticipated animated feature The Adventures of Tintin: The Secret of the Unicorn will be released in Belgium and France on Oct. 26, almost a month before its U.S. debut on Dec. 21, reviews of the film have been appearing in European journals and U.S. trades over the past few days. These early reviews have been mostly positive, praising the film’s beautiful animation,  immaculate art direction, set design and breath-taking action sequences—almost guaranteeing the  film a shot at the Best Animated Feature Oscar and various other tech categories during the upcoming award season. Here is a sampler:

“Serving up a good ol’ fashioned adventure flick that harkens back to the filmmaker’s action-packed, tongue-in-cheek swashbucklers of the 1980s, Steven Spielberg’s The Adventures of Tintin: The Secret of the Unicorn is a visually dazzling adaptation of the legendary – at least outside the US – comic book series by Belgian artist Herge. …This kid-friendly thriller combines state-of-the-art 3D motion capture techniques with a witty, globe-trotting treasure hunt featuring the sleuthing boy reporter, his trustee fox terrier, and a cast of catchy side characters.”

“Clearly rejuvenated by his collaboration with producer Peter Jackson, and blessed with a smart script and the best craftsmanship money can buy, Spielberg has fashioned a whiz-bang thrill ride that’s largely faithful to the wholesome spirit of his source but still appealing to younger, Tintin-challenged auds…. Working hand-in-hand with Jackson, however, the director and his team have deployed both technologies with subtle finesse throughout, exploiting 3D’s potential just enough to make the action scenes that much more effective without overdoing it; likewise, the motion-capture performances have been achieved with such exactitude they look effortless, to the point where the characters, with their exaggerated features, almost resemble flesh-and-blood thesps wearing prosthetic makeup.”

“Toon geeks are likely to be among “Tintin’s” biggest fans, so consistently stylish and richly detailed is its design work. With immense sensitivity, the animators have translated Herge’s spare, elegant drawings into a multidimensional world that seems realistic (especially in its use of chiaroscuro lighting, which plays wonderfully with sunlight and shadows throughout) yet still charmingly stylized and cartoony. Perhaps the film’s sweetest joke comes at the very beginning, when a street artist, modeled on the real Herge, does a quick-sketch portrait of Tintin that looks exactly like one of the original strips.”

And of course, some Euro critics weren’t as kind!

“Yet while the big set pieces are often exuberantly handled, the human details are sorely wanting. How curious that Hergé achieved more expression with his use of ink-spot eyes and humble line drawings than a bank of computers and an army of animators were able to achieve. On this evidence, the film’s pioneering “performance capture” technique is still too crude and unrefined. In capturing the butterfly, it kills it too. What emerges is an array of characters (puffy, moribund Haddock; opaque, inexpressive Tintin) that may as well be pinned on to boards and protected by glass…Viewed from a distance, The Adventures of Tintin stands proud as freewheeling, high-spirited entertainment. But those close-ups are painful, a twist of the knife. There on the screen we see Hergé’s old and cherished protagonists, raised like Lazarus and made to scamper anew. But the spark is gone, their eyes are dusty, and watching their antics is like partying with ghosts. Turn away; don’t meet their gaze. When we stare into the void, the void stares back at us.” 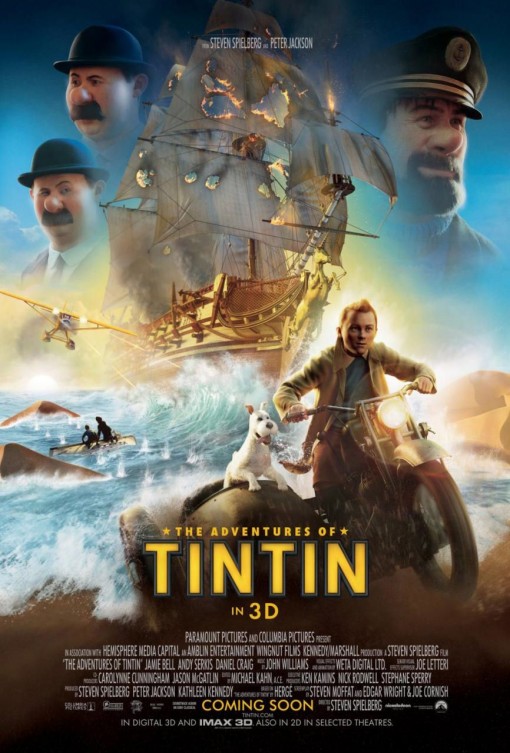 You may also like...
Related Topics:3D, Herge, Oscar, Steven Spielberg, The Adventures of Tintin: The Secret of the Unicorn, Tintin