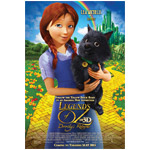 The Amazing Spider-Man 2 was toppled from its perch atop the domestic box office this weekend by an R-rated comedy, while indie animated feature Legends of Oz: Dorothy’s Return opened in eighth place.

Marvel and Sony’s friendly neighborhood wall-crawler earned $37 million in its second full weekend at the U.S. box office, which put it firmly in second place behind Neighbors, an R-rated comedy that pulled in $51 million in its opening weekend. The Amazing Spider-Man 2 has earned $147 million domestic and more than $400 million overseas for worldwide tally of about $550 million.

Legends of Oz: Dorothy’s Return opened in eighth place with an estimated gross of $3.7 million. Released by Clarius Entertainment, the film received an A rating from CinemaScore, though the opening gross has few analysts expecting any serious legs for the stereoscopic 3D feature in theaters.

Spider-Man’s comic-book neighbor (though not his cinematic neighbor — long story, that) Captain America did well with a $5.7 million weekend for Captain America: The Winter Soldier. The film has earned $244 million domestic and a strong $450 overseas since its April 4 release for $695 million total.

And Fox/Blue Sky’s Rio 2 was right behind, landing in sixth with a $5.1 million weekend. The animated sequel has earned $113 million domestic and more than $300 million overseas for a $422 million worldwide total. 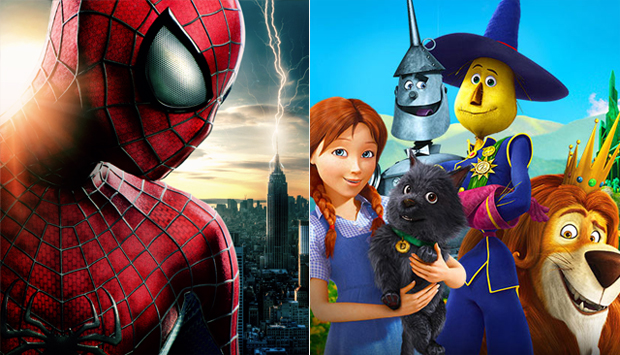 Animal Logic, Cowell’s Syco to Develop Features
‘Frozen’ Coming to Life In ‘Once Upon a Time’