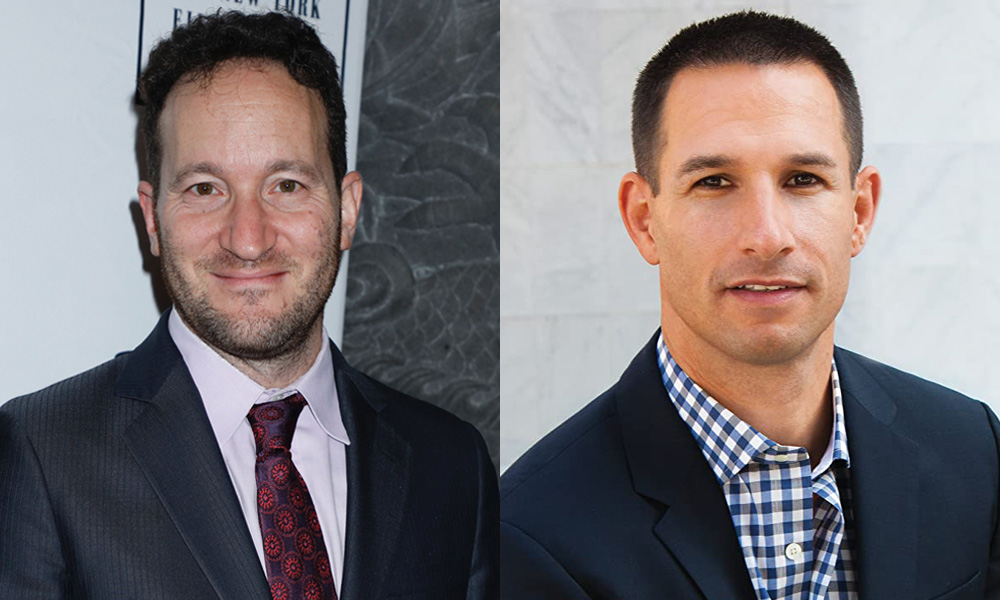 Bringing together a blend of creativity and business acumen, former MGM Co-President of Production Adam Rosenberg and Academy Award-winning writer/director/producer Rodney Rothman (Spider-Man: Into the Spider-Verse) today announced the launch of Modern Magic, to create innovative animated and live action “event entertainment” for the 21st-century audience.

The Los Angeles-based company will be focused on developing new ways to engage and entertain a global audience that moves fluidly between mediums, genres, platforms and creators of all kinds, and wants their storytelling to be surprising, immersive and rich. Modern Magic is partnering with a diverse group of creatives ranging from world-class artists, writers, directors, musicians and technicians to the next class of breakthrough creatives.

The company currently has 20 projects — feature films and series — in various stages of development, based on original concepts as well as high profile intellectual property. Among them are:

“Helping lead the team that made Into the Spider-Verse was a life-altering experience that forever changed what I thought was possible. We’ve started Modern Magic to keep going and see what else a motivated, ragtag group of artists can accomplish when they take the leap. Commercially, we see a worldwide animation audience that understands it is a medium for smart, great, limitless, multi-genre storytelling, and, as Spider-Verse proved, doesn’t need to be confined to the kid & family audience or a 30-minute sitcom,” said Rothman. “There’s a massive audience looking to see every boundary pushed; for that audience, anything is possible. It doesn’t have to look real as long as it feels real. And we know from experience how excited the creative community is about the opportunity to explore new mediums to express the emotion, artistry and humanity critical to 21st-century storytelling.”

“When it comes to animation, we don’t see ourselves as fortune tellers. We see ourselves as recognizing where we already are. Animation is a major source of creative and commercial growth, it easily travels around the world, and it is a driving force behind artistic breakthroughs in every medium. Our projects are designed to sit at the intersection of entertainment, culture, and technology, and what we do in animation feeds into our distinct take on live action,” added Rosenberg.

Writer, director and producer Rodney Rothman most recently co-wrote and co-directed the multi-award winning Spider-Man: Into the Spider-Verse, winner of the Academy Award for Best Animated Feature. He previously served as a producer and writer on the films 22 Jump Street, The Five-Year Engagement, Forgetting Sarah Marshall, Popstar and Get Him to the Greek. Television credits include head writer at The Late Show with David Letterman, where he was nominated for five Emmy Awards and helped the show win three for “Outstanding Variety, Comedy or Musical Program.” Rothman is the author of the best-selling nonfiction humor book Early Bird. His writing has also appeared in The New Yorker, GQ, The New York Times, The New York Times Magazine and McSweeney’s Quarterly. His piece “My Fake Job” was included in The Best American Nonrequired Reading.

Additional projects outside of Modern Magic include 24 Jump Street, which Rothman wrote and is attached to direct. “It’s the next movie in the Jump Street franchise,” says Rothman, “but it’s taken us so long to pull together we decided to skip over 23 Jump Street and pick up the story one movie later.”