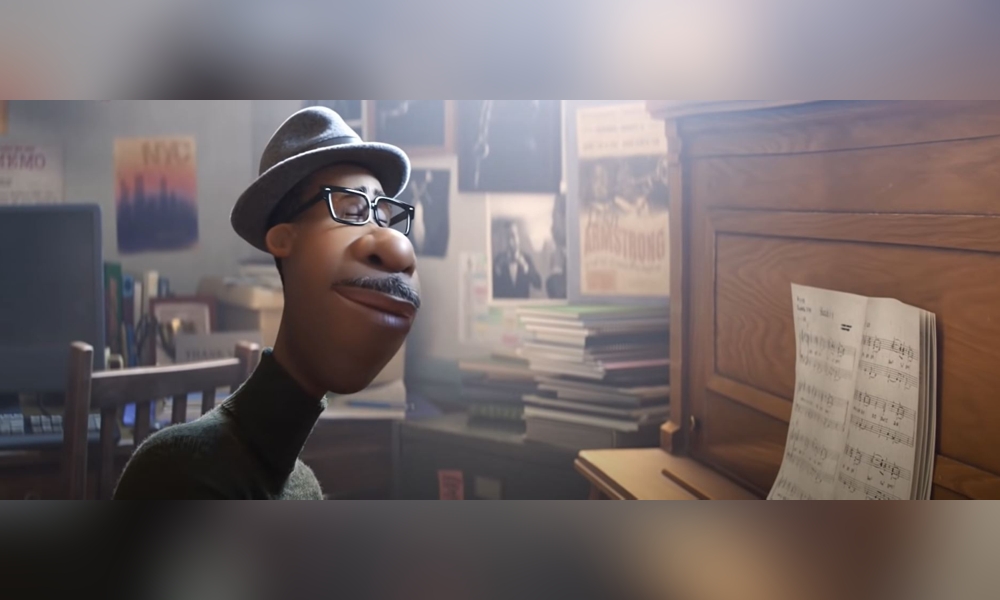 As Disney and Pixar’s Soul nears its debut on Disney+ on December 25, a new sneak peek of the critically acclaimed feature film is now available. In the movie, Joe Gardner (voiced by Jamie Foxx) is a middle-school band teacher who dreams of playing in the best jazz club in town. Filmmakers found they could relate to the character’s passion for music.

Director Pete Docter grew up in a musical family and plays the double bass. “My folks are both teachers and both musicians,” he shares. “There are three kids and we all became musicians. I think my mom enjoyed having the Von Trapp family; when people would come over, we’d have to perform. My two sisters stuck with it — one is a cellist with the Metropolitan Opera, and the other one is violist and a teacher.”

Co-director Kemp Powers, who used to be a music writer, played the alto saxophone in a jazz band during high school. His affinity for jazz plays a big role in his personal life. “My son’s name is Mingus,” says Powers. “He’s named after Charles Mingus. A lot of us Gen Xers, particularly Black Gen Xers, fell in love with the bebop-era jazz artists — John Coltrane, Thelonious Monk, Charles Mingus, Miles Davis, of course Herbie Hancock. These guys were musical icons that — specifically in New York City — inform so much of the other big musical genre in the city, which is hip hop. The background tunes of my life are jazz and hip hop.”

“Life has so much to offer,” says Joe in the sneak peek. “We only have a short time on this planet. Don’t miss out on the joys of life. Remember to enjoy every minute of it.”

Read all about Soul in Ramin Zahed’s feature article for the December issue of Animation Magazine here.