Sony Pictures Animation has posted a first-look clip, with introduction by animation legend Genndy Tartakovsky, at its upcoming CG feature adaptation of King Features’ classic Popeye. Set for 2016, Tartakovsky (who is directing concurrently with Hotel Transylvania 2) promised to make the film “as arftul and unrealistic as possible” — and it looks like he delivered. Check it out and let us know what you think! 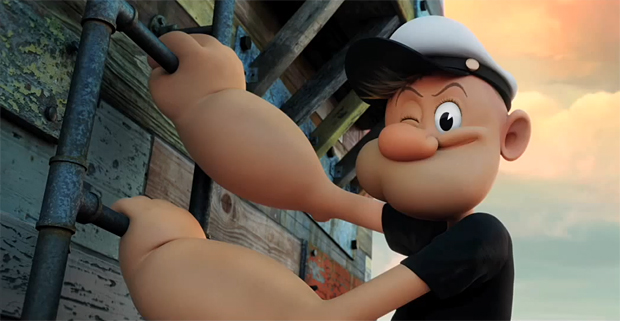