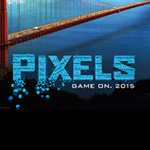 Columbia Pictures has released a teaser for the upcoming action-comedy Pixels, coming to theaters July 24, 2015. The film is directed by Chris Columbus (Percy Jackson: The Lightning Thief, Harry Potter and the Chamber of Secrets) from a screenplay by SNL veteran Tim Herlihy and Timothy Dowling.

Official synopsis: When intergalactic aliens misinterpret video-feeds of classic arcade games as a declaration of war against them, they attack the Earth, using the games as models for their various assaults.  President Will Cooper (Kevin James) has to call on his childhood best friend, ’80s video game champion Sam Brenner (Adam Sandler), now a home theater installer, to lead a team of old-school arcaders (Peter Dinklage and Josh Gad) to defeat the aliens and save the planet.  Joining them is Lt. Col. Violet Van Patten (Michelle Monaghan), a specialist supplying the arcaders with unique weapons to fight the aliens. 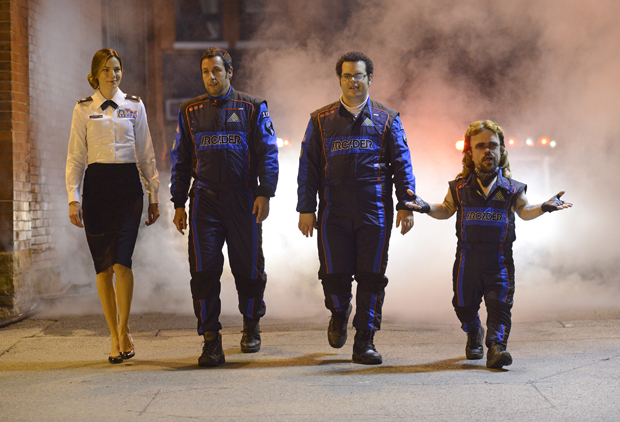