“Over six billion emojis are texted every day, and emojis have become a universal language that transcends age and culture.The power of emojis is that they allow you to express yourself in a fast and very fun way, and that is what our movie is about: self expression,” said Kristine Belson, President of SPA. “We are very lucky to have some of the smartest and funniest actors today bringing their unique voices to this movie.”

Emojimovie: Express Yourself delves into the secret world inside your smartphone, where hidden within the messaging app is Textopolis, the bustling city where all emojis live and hope to be selected by the phone’s user. All emoji have just one expression, except for Gene (Miller), an exuberant emoji who can’t contain his expressions. Determined to become “normal,” Gene enlists his best friend Hi-5 (Corden) and code breaker Jailbreak (Glazer). Together, they embark on an epic “app-venture” through the phone to find the Code that will fix Gene. but when a great danger threatens the phone, the three unlikely companions must save their world before it’s deleted forever.

“Hi-5 is a high-five emoji who is a highly motivated, and highly dramatic, hand on a mission (sorry), and the brilliantly versatile, ebullient and always lovable James Corden fits this part like a glove (sorry again),” said director Anthony Leondis. “For the rebel ‘break all the codes’ computer programmer emoji Jailbreak, Ilana Glazer is the kind of singularly free-spirited, fearless and funny actress to make girls really feel the empowered ‘nobody’s gonna keep me in a cage’ attitude this character exudes. And, of course, T.J. Miller has proven himself to be one of the most genuinely inventive comedic actors around, uniquely capable of connecting and who can convey just about any expression—and often does!” 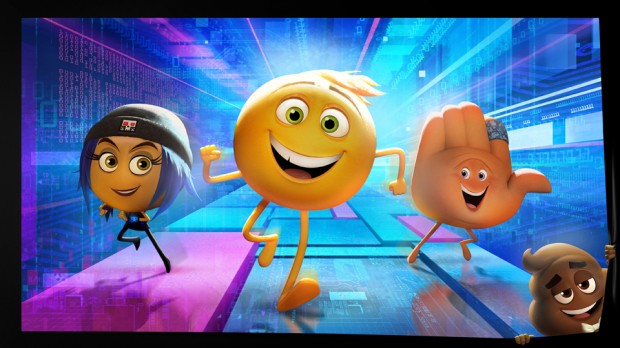