Another popular animated TV show from the 1990s will be making its way to the big screen. Mark Gordon, Don Murphy and Susan Montford are attached as producers to a live-action feature based on Captain Planet and the Planeteers, per The Hollywood Reporter. Sony is in final stages of negotiations for the project.

The original show, which ran from 1990 to 1992, was produced by DIC Entertainment, created by Ted Turner and Barbara Pyle and developed by Pyle, Nicholas Boxer, Thom Beers, Bob Forward, Phil Harnage, Andy Heyward, Robby London and Cassandra Schafhausen. The series’ sequel The New Adventures of Captain Planet was produced by Hanna Barbera and Turner and aired from 1993 until 1996.

The environmentally themed toon centers on five teens from around the world who are given power by Gaia, the earth spirit to protect the world from the devastation of polluters. When their powers are not sufficient, the teens summon a hero named Captain Planet. Villains included Dr. Blight, Verminous Skumm, Duke Nukem and Looten Plunder. Previous live-action adaptations of the property ended up stagnating in development. 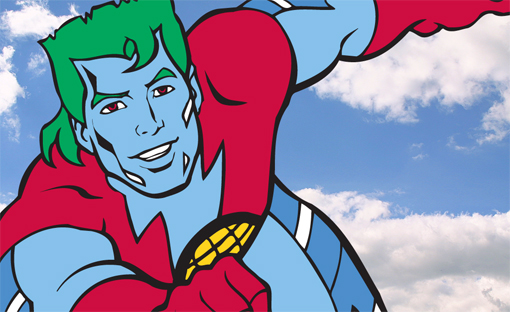