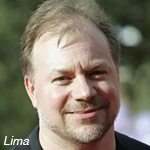 Sony Pictures Animation has picked up a pitch for a live-action/CG-animated hybrid movie from director Kevin Lima and writer David Sussman, reports Variety.

Lima directed the 2007 Disney film Enchanted, which had animated and live-action segments, as well as 102 Dalmatians, Tarzan and A Goofy Movie for Disney. He will produce and direct the unnamed mystery project, while Sussman will write the script. The studio’s greenlight awaits completion of the script for the movie, which was only described as being in the vein of Tim Burton’s Alice in Wonderland remake.

This isn’t the only animation project for Lima and Sussman, who also are working on a script for an animated TV pilot about a family in New York City for Fox.

Visio to Give Global Push to South Africa’s ‘Jock of the Bushveld’
Disney Shuffles Dates for ‘Frankenweenie,’ ‘John Carter’