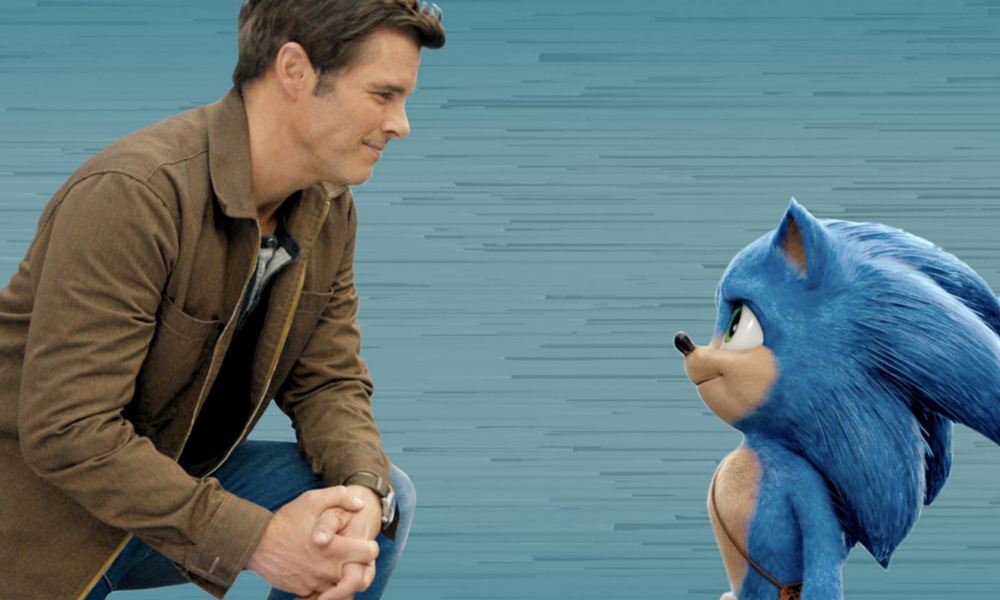 Everyone’s favorite speedy hedgehog is off to a great start at the U.S. box office. Paramount’s much-written-about live-action/CG hybrid movie Sonic the Hedgehog brought in $3 million from 3,150 theaters on special Thursday night previews, and is expected to hit $70 million in four days (exceed its projected $40-$50 million). Setting a domestic opening record for a big screen video game adaptation for three and four day weekends, Sonic grabbed gold rings to the tune of $68M by Monday morning.

The appeal for the zippy blue hedgehog is fairly evenly split at about 51% general audiences and 49% families.

The movie, which is helmed by Jeff Fowler, who directed the Oscar-nominated animated short Gopher Broke in 2004, features the famous Sega character (voiced by Ben Schwartz) who teams up with a small-town police officer (James Marsden) to fight evil genius Dr. Evo Robotnik (Jim Carrey at his very manic best).

If you recall, the design of Sonic as a CG-animated character was the subject of much Internet backlash when the first trailer for the movie went wide last April. As Fowler told gamesrader.com, “It was pretty clear on the day the trailer was released just seeing the feedback and hearing the feedback that fans were not happy enough with where we were at.” The director also tweeted, “You aren’t happy with the design and you want changes. It’s going to happen shortly.” He adds, “The message was very clear. In a situation like that, it was very little discussion—we just knew that that work had to be done. We just rolled up our sleeves and dived in. To see fans embrace he work in the way they did with the second trailer was just fantastic!”

Sadly, Moving Picture Company, the vfx studio that helped redesign Sonic had to close the doors of its Vancouver shop in December. Other companies that worked on the vfx of the movie were Marza Animation Planet, Blur Studio, Trixter and Digital Domain. The production vfx supervisor for the film was Ged Wright (Iron Man 2, Man of Steel)

The movie has been getting fair to good reviews and has scored 65% fresh on Rotten Tomatoes. Audiences gave the film an A- grade via CinemasScore. Here is a quick sampling of what critics had to say:

“In the movie, Sonic now approximates the cuddly Astro Boy look of Sonic from the game franchise. But he talks like the ultimate gratingly overfamiliar cartoon smart aleck — a little snide, a little nerdy, with a mild whine of attitude, though essentially he’s voiced (by Ben Schwartz of “Parks and Recreation”) to sound like your pal, as if the film had concocted some sort of vocal smoothie out of Garfield and Fritz the Cat and Owen Wilson and Patton Oswalt. Whatever Sonic now looks like, his soul is innocuous.”
—Owen Gleiberman, Variety

“The production may have riled the internet months ago, with furor over the look of its first trailer sending FX crews back to work on a character redesign; but what’s made it to the screen is light-hearted fun unlikely to offend anyone… While Fowler keeps the story moving efficiently, Marsden’s easy geniality prevents the simple narrative from feeling rote. Carrey gets a moment or two to cut loose — an evil-genius happy-dance in his lab will likely be mimicked by young viewers on the way out of the theater.”
-John DeFore, The Hollywood Reporter

“I’m as surprised as anyone to report that Sonic the Hedgehog the adaptation of the popular ’90s Sega video game, is actually good. Expectations have been low since the movie’s rocky rollout in its first trailer, so color me surprised to discover that after all of that, Sonic the Hedgehog is legitimately funny, heartwarming and entertaining.
—Katie Walsh, Los Angeles Times

“Sonic now resembles a cartoon hedgehog instead of a spray-painted marmot. But if anything was done to de-genericize the script, it hasn’t helped. Not that the Sega games — in which the fleet-footed hero zips around doing flips and collecting gold coins (which here encircle the Paramount mountain) — gave the director, Jeff Fowler, much to work with.”
-Ben Kenigsberg, The New York Times

Here is the final trailer for the movie: