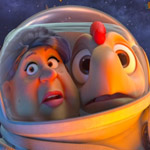 The film was released in Latin American theaters by 20th Century Fox on October 12, and winged it straight to the top of the charts in Chile, Peru and Colombia — taking in more than 1.6 million admissions after the second weekend.

Based on the beloved comics created by the late Chilean cartoonist Pepo (René Ríos), Space Chicken brings the famous character to computer animated life, along with his true love, Yayita, romantic rival Pepe Cortisona, and nephew Chicky. In the film, just when Condorito is ready to finally propose to Yayita and tie the feather — er, knot — his disapproving mother-in-law-to-be Tremebunda is abducted by an alien emperor. Condorito and Chicky must embark on an out-of-this-world adventure to save her, and the rest of Earth!

“Following the very successful release of the film in Peru, Chile and Colombia, we are convinced that the international audiences will love the fun adventures of Condorito and Cone. The animation is fabulous and there is a nice message for kids not to be too self-absorbed,” says Solveig Langeland, Managing Director of Sola Media.

“We are thrilled to be working with Sola Media. They have a great deal of experience distributing animated films in Europe and in other parts of the world,” said Hugo Rose and Abraham Vurnbrand, co-founder of Pajarraco Films. 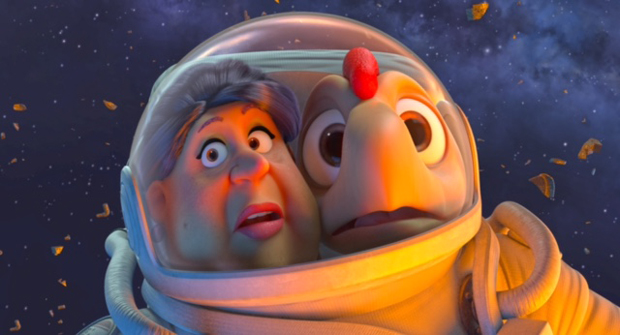