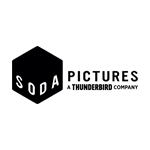 Soda Pictures (A Thunderbird Company) will be presenting the theatrical release of French animated film Long Way North in Vancouver, Toronto and Montreal on October 14.

The debut feature from director Rémi Chayé screened at TIFF Kids this year and numerous esteemed festivals around the world, winning the Annecy 2015 Audience Award and the Grand Prize and Governor of Tokyo Award at the Tokyo Animation Festival.

Inspired by the first attempted land crossing of the Antarctic continent, Long Way North tells the story of 15-year-old Russian aristocrat Sasha, who, when her explorer grandfather mysteriously goes missing on his latest expedition, embarks on an epic adventure to find him and his lost ship.

You can read more about Long Way North in the November 2016 issue of Animation Magazine.