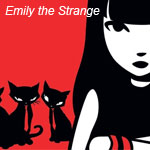 Melissa Wallack, the screenwriter of the upcoming movie The Brothers Grimm: Snow White has another assignment about a famous heroine: She will deliver a new feature based on the Dark Horse comic Emily the Strange. Chloe Moretz is attached to play the Goth girl, which was originally created by skateboarder Rob Rieger.  According to Heat Vision, the exact storyline is under wraps, but Wallack’s assignment is “to tell the origin of the punk and gothic figure and how she comes to gain her abilities that fuse technology and imagination.”  The story will also focus on Emily’s relationship with her four cats, troublemaker Sabbath, schemer Nee-Chee, imaginative Miles, and leader Mystery. 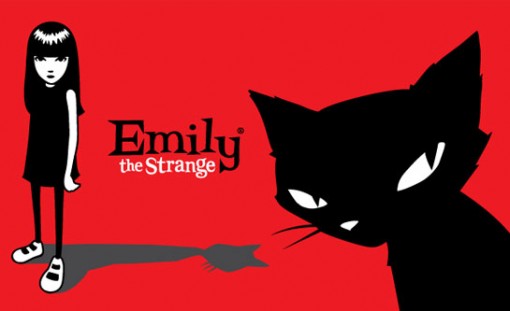 Emily the Strange began life as a sticker in 1991 that was created by Rob Rieger and used to promote Santa Cruz Skateboards in Santa Cruz, California.  The character of Emily then launched a licensing franchise that includes clothing, stationery, stickers and fashion accessories.