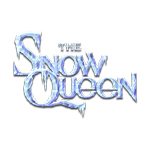 Wizart Animation’s The Snow Queen is officially the first full-length Russian animated feature to be released in China as the CG fairytale adventure hits theaters in Beijing July 31 and in Shanghai August 2 before rolling out nationwide to 3,400 screens on August 3. Local distribution partner Flame Node Entertainment is handling the theatrical release.

The China debut comes after more than two years of negotiations between Wizart and Flame Node. As a result of these discussions, the companies have also agreed to co-produce a third installment of the Snow Queen franchise (Snow Queen 2 premiered in Great Britain in 2014 before seeing release in markets including South Korea, Russia, Ukraine, Baltic States, Middle East countries, Poland and Croatia). The deal for Snow Queen 3: Fire and Ice will be signed at a ceremony in Beijing next week.

Flame Node is also the producer behind the smash-hit Chinese animated feature Monkey King, which has grossed over $113m at the local box office, making it the all-time B.O. record holder for animation in the country.