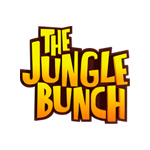 France-based SND has picked up worldwide rights to The Jungle Bunch – The 3D Movie, a new feature adventure based on the fast growing animated franchise. The movie is currently in production at TAT Productions, co-produced by France 3 Cinema, Master Films and SND, which will handle worldwide sales and French distribution. Delivery is expected for Spring 2017.

Meet the Jungle Bunch! Led by the tiger-striped kung fu penguin Maurice and surrounded by his adoptive son Junior, a tiger-striped kung fu …goldfish; Gilbert, the brainy tarsier; and Miguel, the punchy gorilla. As they just defeated the latest menace to the jungle – evil baboons – they face Igor, the koala… Years ago Igor’s evil plan to blow the jungle came to a halt when he faced the Champs – the original heroes of the jungle, led by Natasha the tiger, Maurice’s adoptive mother. Now Igor wants revenge. The Champs and The Jungle Bunch have to unite forces…

The Jungle Bunch – The 3D Movie