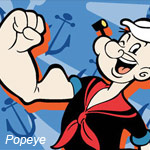 Sony Pictures Animation has set screenwriters Jay Scherick and David Ronn to write the screenplay for a new animated feature version of Popeye.

Scherick and Ronn previously worked with the studios on The Smurfs. They also have written an upcoming Baywatch feature for Paramount and have a comedy pilot in the works at ABC.

Popeye is being produced by Sony and Arad Productions and will be released in stereoscopic 3D.

“Scherick and Ronn have a remarkable talent in re-energizing beloved characters,” says Bob Osher, president of Sony Pictures Digital Productions. “As they demonstrated with The Smurfs, they embrace the iconic characteristics of these timeless characters and craft a story that really engages moviegoers today.” 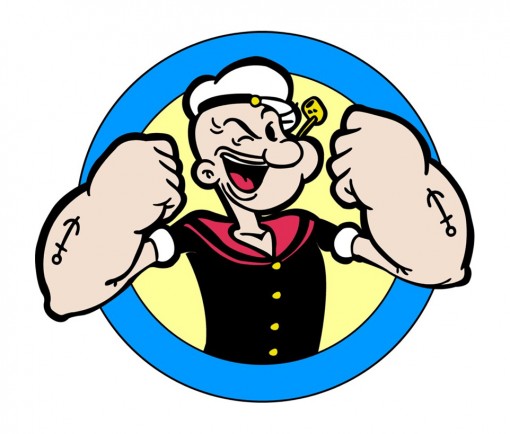 “We’re thrilled that Jay and Dave are helping us reintroduce Popeye to a new generation,” says Michelle Raimo Kouyate, president of production for Sony Pictures Animation. “Their take on the world of Popeye has just the right blend of comedy, adventure and heart — all the elements that made a great animated film.”

“Popeye has been my childhood favorite character,” says producer Avi Arad. “To me he was always the everyday man who gets special powers and actually becomes the first superhero in the best meaning of the word. When Scott Sassa called, Ari and I were beyond excited to be working with Jay Scherick and David Ronn and Sony Pictures Animation to bring this iconic character to the big screen in glorious stereoscopic 3D. We enjoy working with the Sony Pictures Animation team and with Rocky and company from Hearst Publishing. I cannot wait to go sailing.”

Popeye was created by cartoonist E.C. Segar, and first appeared in an episode of his Thimble Theatre comic strip in 1929. The character jumped to animation a few years later with a series of shorts made by the Fleischer Studios and, later, Famous Studios. Production continued into the mid-1950s. Popeye has since appeared in a number of animated series, comic books and a 1980 live-action feature film directed by Robert Altman and starring Robin Williams as Popeye.