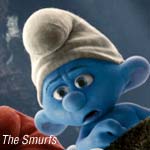 It’s time to get Smurfy, as the little blue forest-dwellers take on the combo of Cowboys & Aliens at the box office.

Sony/Columbia’s stereoscopic 3D hybrid take on the classic comic-strip characters and Saturday-morning cartoon stars arrives in theaters this week. The Smurfs is set to open in almost 3,400 theaters. Reaction to the film from critics has so far been pretty Smurfy.

Opening in just more than 3,000 theaters is the comedy release Crazy, Stupid, Love.

Moviegoers in Los Angeles have an additional animation treat to choose from, with the opening of Nine Nation Animation at the Laemmle Music Hall 3 in Beverly Hills. The film features nine shorts from all over the world showing off the capabilities of multiple animation techniques. You can read more about the films in this anthology from The World According to Shorts here and you can watch a trailer here.

Holdover competition remains strong, with blockbusters such as Harry Potter and the Deathly Hallows, Part 2, Captain America; The First Avenger and Transformers: Dark of the Moon still drawing audiences.

Faster Than the Eye Can See!
Gang of Seven to Use $100M China Fund for ‘Biker Mice’ Movie