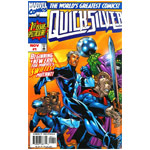 Just in time for the Memorial weekend, fanboy favorite Bryan Singer announced on Twitter that American Horror Story star Evan Peters will play Quicksilver in his upcoming sequel X-Men: Future Past. Of course, this latest wrinkle amused Marvel aficionados to no end because Joss Whedon also revealed that he has written both Quicksilver and his sister Scarlet Witch into the script for the next Avengers movie!

Here’s a bit of backstory on the character: Quicksilver (aka Pietro Maximoff) first appeared in the March 1964 edition of X-Men comic #4 and was created by Stan Lee and Jack Kirby. He is the son of Magneto, the twin brother of the Scarlet Witch, and the paternal half-brother of Polaris. In 2006, IGN named Quicksilver #23 on their list of The Top 25 X-Men Of All Time noting that “Quicksilver was the shining example of a villain turned good.”

Both Marvel and Fox own the right to include Quicksilver and Scarlet Witch in their feature films. However, X-Men: Days of Future Past will hit theaters next year while The Avengers 2 doesn’t open 2015. As Collider.com points out… 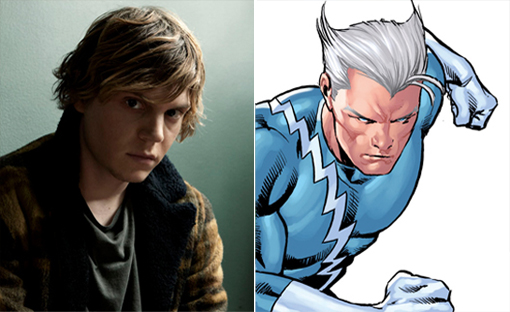 Evan Peters will play Quicksilver in his upcoming sequel X-Men: Future Past