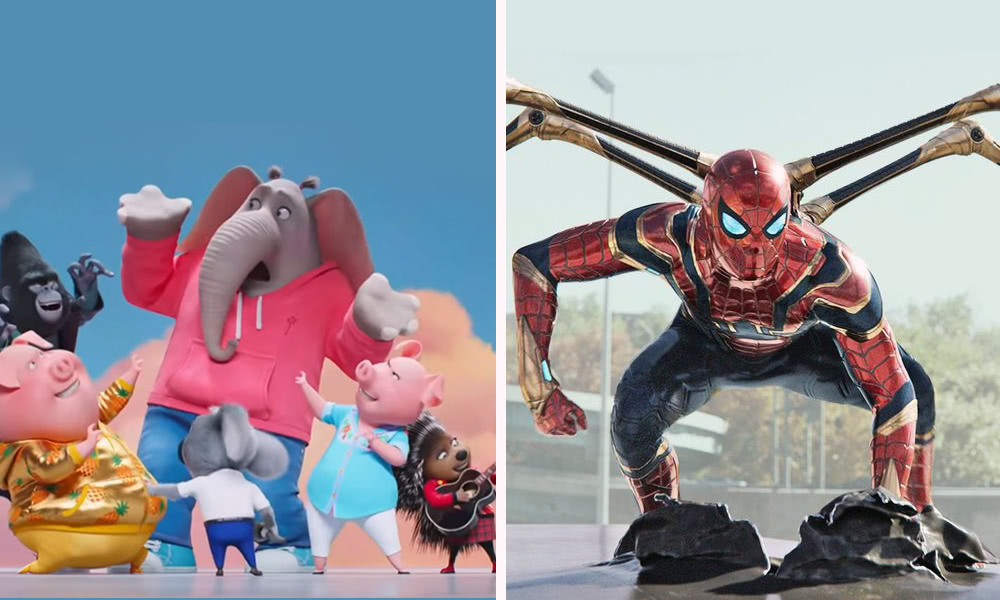 The Christmas 2021 box-office proved to be a lucrative one for Sony’s blockbuster’s hit Spider-Man: No Way Home, Universal/Illumination’s Sing 2 and Warner Bros.’ The Matrix:  Resurrections as the three tentpoles took the top three spots at the box office.

Directed by  Jon Watts, Spider-Man: Far From Home was able to cross the billion dollar mark globally with a whopping $1.05 billion dollars, making it Sony’s No. 2 film of all time, behind the previous Spidey outing, No Way Home, which has a $1.113 billion cume). The film was also the third fastest movie ever to hit the 1 billion dollar mark, after Avengers: Infinity Wars, which accomplished it in 11 days, and Avengers: Endgame which hit the benchmark in five days. In the U.S. the movie had a three-day box office gross of $81.5 million, which is quite impressive given the rise of the Covid Omicron variant worldwide.

Universal/Illumination’s Sing 2 managed to hit a $65.8 million at the box office worldwide. The song-filled sequel, which received a 98% audience rating on Rotten Tomatoes (vs. the 67% critics rating) added 22 markets worldwide and brought in an estimated 24.8 million globally. Directed by Garth Jennings, Sing 2 was the number 2 movie at the U.S. box office with a $23.8 million weekend take.

Here is the box office snapshot