This fall, audiences will get to go on a cinematic CG journey through the Australian outback when Blinky Bill: The Movie opens in U.S. theaters on October 7, 2016, through Shout! Factory Kids. Inspired by the iconic Aussie character first introduced to readers in 1933, the PG-rated feature film is presented by Shout! Factory Kids and Studio 100 Film, produced by Flying Bark Productions with Assemblage Entertainment and Telegael Teoranta.

The movie reintroduces audiences to Blinky Bill (voiced by Ryan Kwanten), a little koala with a big imagination and adventure in his heart. Blinky Bill dreams of leaving the little town of Green Patch to find his father, who went missing in the Outback some time ago. When Blinky discovers a mysterious marker that hints at his dad’s whereabouts, he embarks on a journey into dangerous Australian wilderness, where he befriends Nutsy, a zoo koala, and Jacko, a nervous frill-necked lizard. Pursued by a revenge-hungry cat (Rufus Sewell), the three friends must learn to work together if they’re going to survive the Outback and find Blinky’s father. 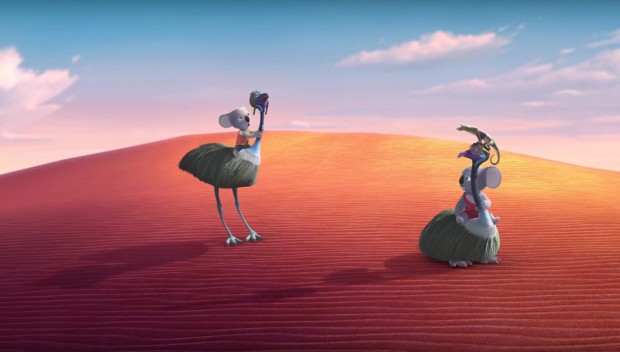