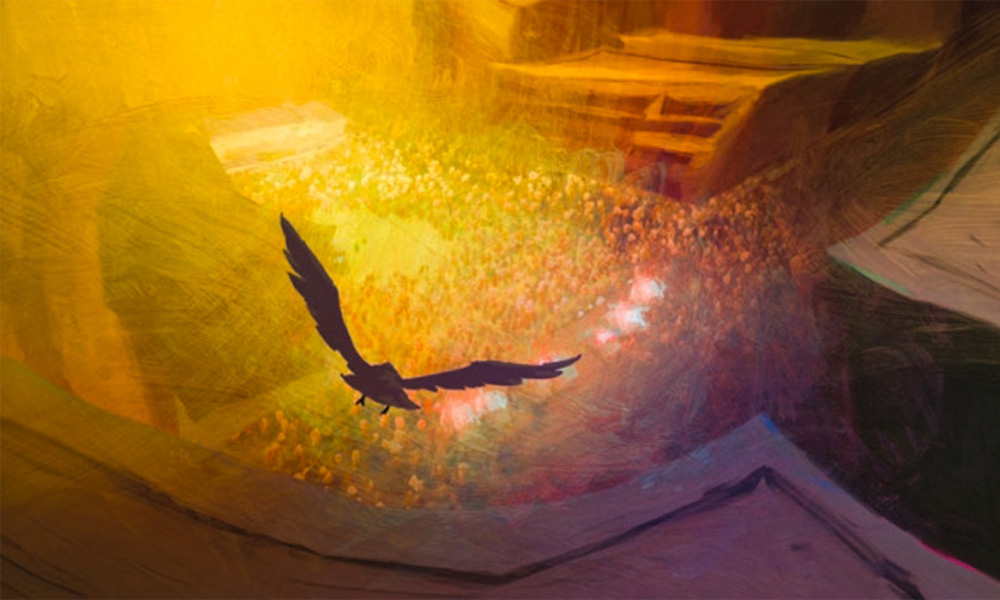 The strikingly artistic, internationally acclaimed Brazilian animated feature Tito and the Birds will be sharing its powerful, timely message in select theaters in several major U.S. cities in the next month. Shout! Studios is debuting the award-winning work in New York City on January 25 at the Quad Cinema NYC, with further openings in Los Angeles, San Francisco, San Diego, Philadelphia and Arizona set for February 1.

Synopsis: Tito is a shy 10-year-old boy who lives with his mother. Suddenly, an unusual epidemic starts to spread, making people sick whenever they get scared. Tito quickly discovers that the cure is somehow related to his missing father’s research on bird song. He embarks on a journey to save the world from the epidemic with his friends. Tito’s search for the antidote becomes a quest for his missing father and for his own identity.

Filmmakers Gustavo Steinberg (End of the Line), Gabriel Bitar (Cidade Cinza) and André Catoto (Say I Am Only Seventeen) use a striking palette to create indelible visuals, mixing expressionist influences with a variety of animation techniques (oil paintings, digital drawings and graphic animation). The film features an original score composed by Gustavo Kurlat and Ruben Feffer (Academy Award-nominated animation Boy and the World). Tito and the Birds premiered in competition at the 2018 Annecy International Animation Film Festival, and won Best Feature at Anima Mundi 2018. The film recently had its North American festival premiere at Toronto International Film Festival 2018. The film is nominated for the Annie Award for Best Animated Feature – Independent. 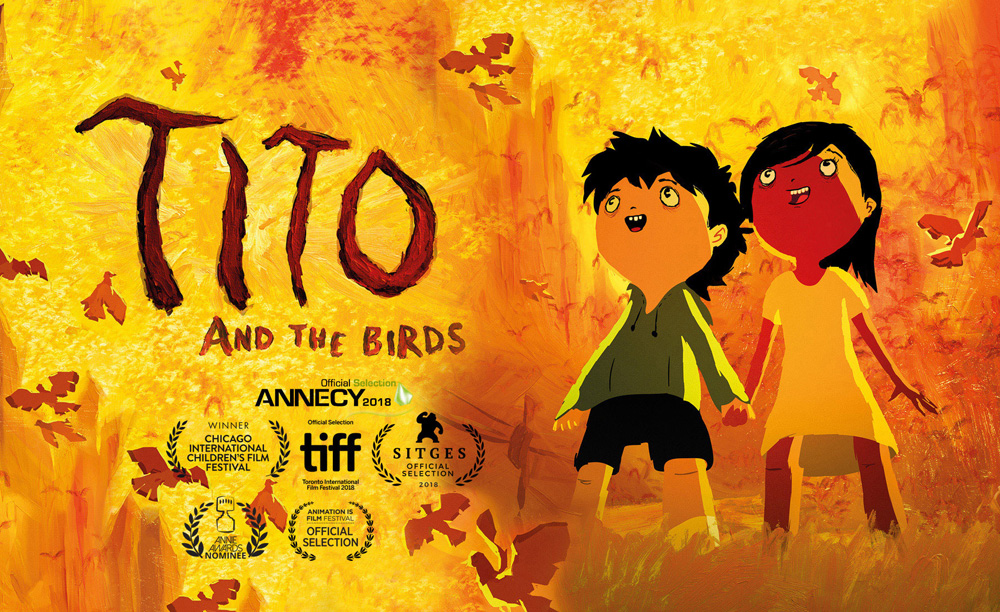