DreamWorks Animation has released online a short film offering a sneak peek of its next feature film, Home, which arrives in theaters Nov. 26.

The clip, titled Almost Home and released exclusively on Buzzfeed, features a group of aliens called the Boov lead by Captain Smek, voiced by Steve Martin, searching for an ideal home for their species and encountering unexpected hostility.

Home also will feature the voices of Jim Parsons, Rihanna and Jennifer Lopez. It is directed by Tim Johnson and written by Tom J. Astle and Matt Ember from the book The True Meaning of Smekday, by Adam Rex. 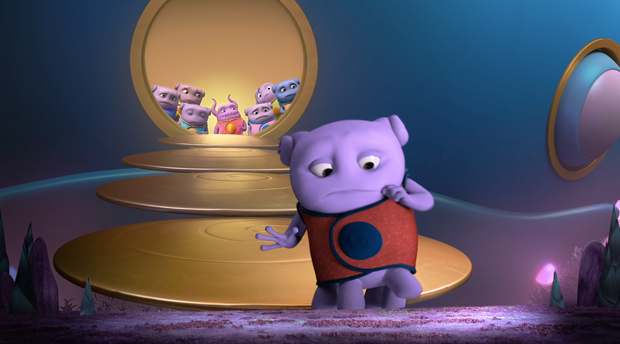