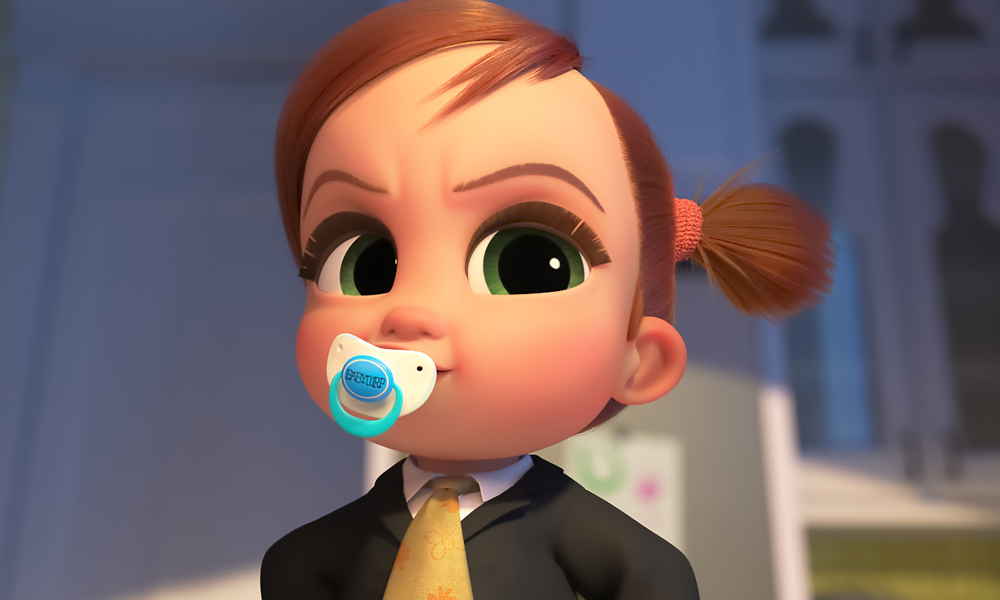 There’s a new Boss Baby in town. She’s clever, cute, fearless and voiced by Amy Sedaris. That’s pretty much all you need to know about DreamWorks’ sequel to its 2017 blockbuster hit, which was nominated for an Oscar and went on to gross over $527.9 million worldwide. The follow-up to that movie, which also inspired the Netflix series The Boss Baby: Back in Business, premieres on Peacock and in theaters July 2, giving audiences the chance to revisit some of their favorite characters and meet some eccentric new ones.

The Boss Baby: Family Business is directed by DreamWorks veteran Tom McGrath, who also helmed the first Boss Baby outing as well as three Madagascar movies and Megamind, and penned by the original’s writer Michael McGrath (Hotel Transylvania 3). The sequel catches up with the Templeton family 25 years after the events of the first movie. Tim (voiced by James Marsden) is now all grown up and married with two daughters of his own, Tabitha and Tina. When Dr. Armstrong, the enigmatic principal of his daughter’s advanced preschool, causes a crisis in Baby Corp, both Tim and his brother Ted rely on the magic formula to become kids again and save the world from the principal’s evil plan. Along the way, Tim discovers new ways to understand and bond with older daughter Tabitha, and Tina surprises them both by revealing that she is the new female Boss Baby in town!

McGrath recalls when he got the call from DreamWorks’ then-president Chris DeFaria in the summer of 2018, telling him they were going ahead with the sequel and asking whether they could attach his name as director. “At that point, I had done five movies back to back and was thinking about taking some time off,” he recalls. “Boss Baby had been my pet project after the Madagascar movies, and originally I had just wanted to tell a story about two brothers. But then, I started to think about what we could do in a second movie. I thought, well, we ended the original movie with [Tim and Ted] as adults, so we could pick up the story where it left off.” 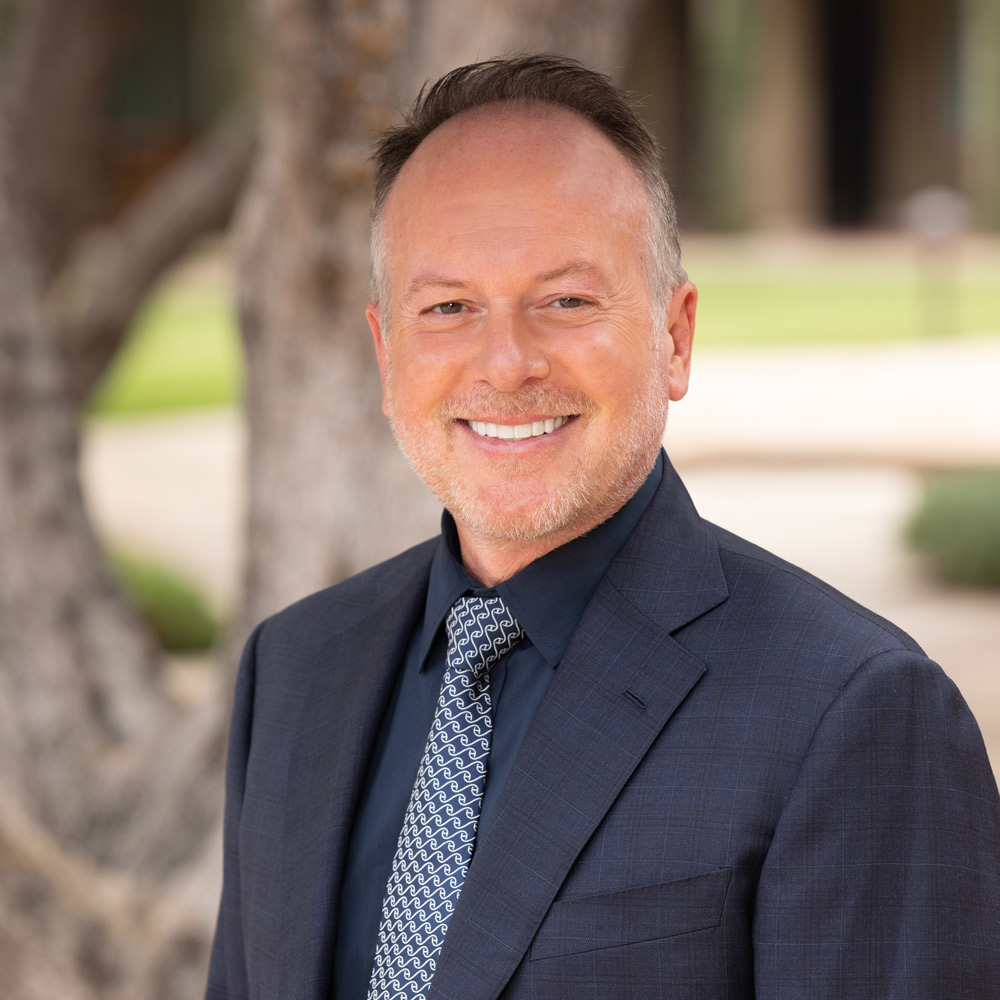 The film’s producer, Jeffrey Hermann (Kung Fu Panda 3, To: Gerard), points out that one of the big joys of the movie is exploring the grown-up Tim’s relationship with his daughters. “One of the project’s happy surprises was how it broadened out from a brothers story to an ensemble piece, particularly thanks to our amazing voice talent,” he says. “One of the sequel’s most powerful elements is Tim and Tabitha’s relationship, which evolves as the result of them spending time together when Tim becomes a little boy again. This father-and-daughter story brings an additional level of sweetness and sincerity to the overall mix.”

“In addition to Alec Baldwin, who is back reprising his memorable role of Boss Baby, we were so fortunate to have terrific stars as Amy Sedaris (Tim’s youngest daughter Tina a.k.a. the new Boss Baby) and Jeff Goldblum (Principal Armstrong),” Hermann adds. “Each one of them is such a wonderful ad-libber, and they brought so much to their roles. They shine every time they are on the screen. Our animators really stepped up their game, too, and were very excited to match the intensity and zaniness of the vocal performances.”

A CG Valentine to 2D Classics

One of the key visual touchstones of the first Boss Baby outing was how it paid homage to some of the wonderful classics of the Golden Age with eye-popping visuals that were reminiscent of the work of Maurice Noble, Mary Blair and Eyvind Earle. McGrath and his artistic team continued that tradition in the sequel, especially in Tim’s fantasy sequences, another throwback to the earlier film.

“A key aspect of what makes this film special is that Tom is a huge fan of classic animation, and we put together a team of key artists and talent who share this passion for the art of animation,” says Hermann. “I think what the Boss Baby franchise does remarkably well is to emulate the style of the great 2D animation of the past in CG. You can clearly see Tom and his team’s fondness for those wonderful Chuck Jones cartoons and classic Disney aesthetics. It’s a rare thing to witness to see how the artists respect and understand this art form and how they are able to pass it on to the next generation of animation lovers.”

The sequel’s production designer was no other than DreamWorks veteran Raymond Zibach, the four-time Annie nominated studio veteran, whose many credits include the three Kung Fu Panda movies, Sinbad: Legend of the Seven Seas and The Road to El Dorado. Zibach says he welcomed the chance to work with McGrath again. “We had worked together before, both on CG and 2D-animated projects, and we both love the design of 2D animated movies,” he notes.

“We both have the same fondness for the old Disney movies and Warner Bros. shorts,” says Zibach. “When I learned that the studio was going to make a sequel, I was excited to join the team because I know what he’s after. It’s so much fun to bring those old design principles and apply them in the world of CG animation. We met those challenges in the first movie, but I thought we could go even further. I signed up to see how far we can push that aesthetic and work cohesively in a 3D-animated movie.”

Zibach says comedy staging in animation is a team effort that goes beyond just clever situations and funny characters. “When you study the Warner Bros., UPA and early Disney shorts, it is clear that it’s not just the animation that is funny,” he explains. “It’s a whole science of staging for comedy: it’s the sound, the look, the editing, the lighting — everything works together to accentuate the comedic moments. What was special about Boss Baby was that it surprised audiences with its heartfelt story and depth of emotions it evoked, as well as the comedic elements. We wanted  to up our game with the sequel.”

The film’s art director Andy Schuhler, who designed the fantasy sequences for the first movie, agrees, “In CG, it’s so easy to get reality,” he notes. “You can take it for granted. Tom’s desire is to push the medium back into making artwork versus photography. The artwork that is created is the inspirational pieces, but because you’re moving the camera around, you don’t get a piece of artwork that represents it perfectly. My goal is to get the camera on the set early enough so that you can move the camera around and try to design in time, as you make adjustments to the view.”

“I come from a story and animation background, so when I’m art directing, it’s great that we question different aspects of the story and we can throw all the good ideas out there,” says Schuhler. “Tom is great about coming up with different thoughts and doodles. He’s a great designer. Once you get a drawing out of him, you’re 90 percent there, and you just keep going in that direction until you hit the target. As an art director, you have to come up with the visuals that complement the humor that Tom is looking for. I feel like he is like our modern-day version of Chuck Jones.”

McGrath says he hopes families will be inspired by the positive message of the movie as well as enjoy the physical comedy and the humor we have all come to expect from the Boss Baby universe. “We are hoping that people will be inspired to reach out to an estranged family member after they see the movie. Wouldn’t it be great to call your mom, dad, siblings and forget about that stupid argument that created a rift between you? I hope it resonates with its message of unity and celebration of the family.”