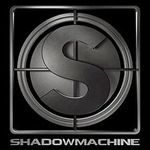 On October 2, the producers of adult-targeted animation hits Robot Chicken, Triptank and BoJack Horseman will unleash an R-Rated stop-motion feature adventure, Hell and Back. And with the trailer set to debut in the next few weeks, the ShadowMachine crew will be on hand to discuss this irreverent grown-up treat for the edification of fans at Wizard World Comic Con Chicago on August 21.

Hell and Back tells the story of best friends Remy (voiced by Nick Swardstrom) and Augie (T.J. Miller) who set out on a mission to rescue their friend Curt (Rob Riggle) after he is accidentally dragged down to Hell. With the help of a beautiful half human, half demon named Deema (Mila Kunis), the determined duo navigate run-ins with an emasculated Devil (Bob Odenkirk), a sassy angel (Jennifer Coolidge) and a mythical man (Danny McBride) for one hell of an underworld adventure.