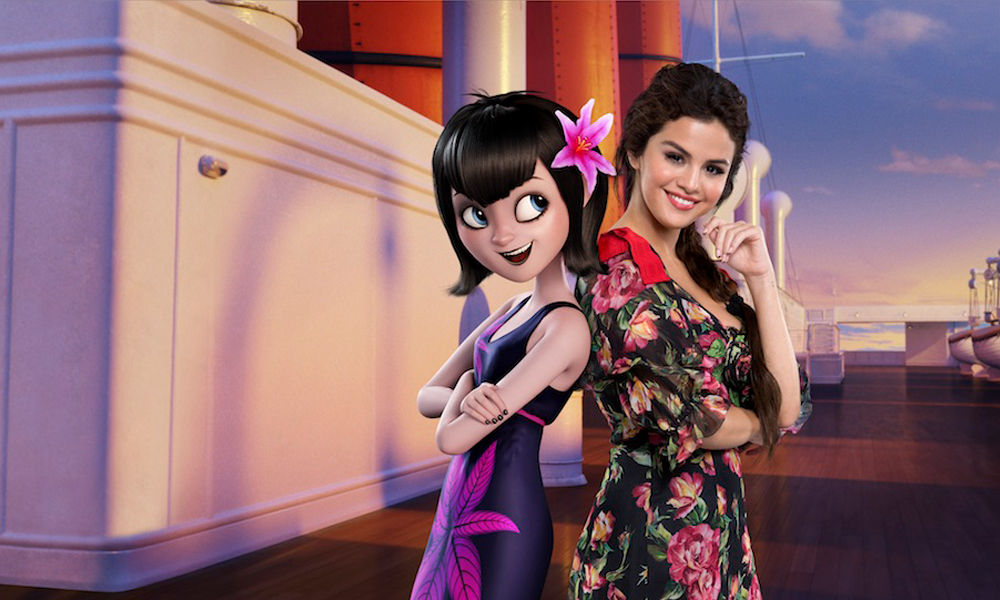 Selena Gomez poses with her character, Mavis, in a promotion image for Hotel Transylvania 3: Summer Vacation (2018)

Performer Selena Gomez is checking back in to Sony Pictures Animation and Genndy Tartakovsky’s popular Hotel Transylvania, and will be signing the registry “Executive Producer” for the fourth installment in the franchise. Gomez will also be back in the recording booth to co-star again as Dracula’s daughter, Mavis.

The Hotel Transylvania movies center on the titular relaxation destination for monsters run by Dracula (voiced by Adam Sandler). The three pictures to date have made over $1.3 billion in worldwide box office and spawned an animated TV series. The key voice cast also features Andy Samberg as Mavis’ human husband, Johnny.