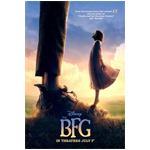 Having premiered at the Cannes Film Festival, Walt Disney Pictures has unveiled a second trailer for Steven Spielberg’s The BFG, adapted from the classic tale by Roald Dahl. Trailer number two gives us a better look at the much bigger and unfriendlier giants that populate the film’s world of magic. The CG-laced live-action feature arrives in theaters July 1, coinciding with the 100th anniversary of Dahl’s birth.

The film follows a 10-year-old London girl named Sophie, who one night is taken on an alarming journey to Giant Country by one of its denizens: a 24-foot tall, big-eared and dim-witted brute. But this creature is not like his countrymen, as Sophie discovers he is actually a Big Friendly Giant (voiced by Mark Rylance). But the girl’s arrival in this world has attracted the attention of the sinister giants Bloodbottler (Bill Hader) and Fleshlumpeater (Jermaine Clement), who are twice as tall and many times meaner than the BFG. The unlikely friends head back to London to see the Queen (Penelope Wilton) and warn her about the giants — if they can first convince her and her maid Mary (Rebecca Hall) that the beasts exist.

Directed by Spielberg from a screenplay by Melissa Mathison (E.T., The Black Stallion) based on Dahl’s 1982 novel, The BFG is also produced by Spielberg along with Frank Marshall and Sam Mercer, with Kathleen Kennedy, John Madden, Kristie Macosko Krieger, Michael Siegel, Frank Smith and Naia Cucukov as executive producers. 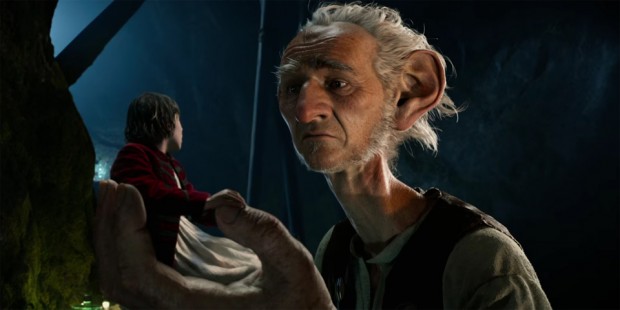