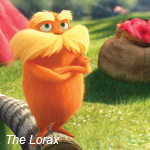 How the team at Illumination Entertainment put a shiny new 3-D polish on Dr. Seuss’ cautionary, environmentally themed The Lorax.

More than 40 years after Dr. Seuss (Theodor Geisel) wrote and illustrated his powerful children’s classic The Lorax, the alarming environmental message of the book is more urgent than ever before. The brilliant 60-page book tells the cautionary tale of a greedy character called the Once-ler who destroys a colorful world by cutting down its beautiful Truffula trees, despite warnings by a creature named the Lorax.

Fortunately, the timely book has inspired a wonderful new 3-D, CG-animated feature, produced by the team at Illumination Entertainment, who were behind the Oscar-nominated sleeper hit of 2010, Despicable Me. Directed by Chris Renaud and Kyle Balda and produced by Illumination CEO Chris Meledandri, the pic is based on a screenplay by Cinco Paul and Ken Daurio, who also adapted Seuss’ Horton Hears a Who! in 2008.

The movie, which will be released in theaters on March 2 (Seuss’ birthday), has been a passion project for Meledandri and this talented team. The acclaimed producer of films such as the first two Ice Age movies, Robots, Hop, Despicable Me and its 2013 sequel, says he enjoyed working with Theodor’s widow, Audrey Geisel on Horton Hears a Who!, so he was determined to make another film together. 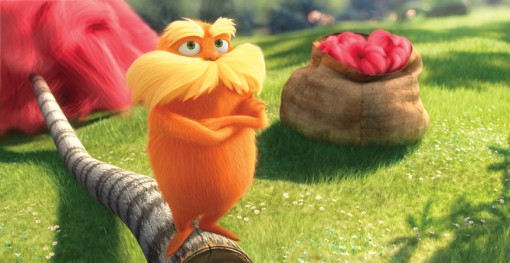 “It was Audrey who first suggested that we explore adapting The Lorax,” he says  “Like all of Ted Geisel’s work, The Lorax‘s themes of the dangers of greed and the need to take responsibility for our natural world are timeless.”

He says that it was the character of the Lorax that ultimately compelled him to move forward.

“There were two threshold challenges that we needed to satisfy before [producer] Janet Healy and I knew whether we would have a shot at doing justice to the underlying work,” he explains. “Could we come up with an organic expansion of the story that would allow us to remain absolutely true to the essence of the original book?”

“Another challenge was whether Chris [Renaud] and our design team could translate Geisel’s simple line drawing into a fully dimensional furred character that retained the integrity of the original drawing,” he points out. “When the team found early success with both of these challenges, we knew The Lorax would be our next film. From the book’s distinctive color palette to the memorable designs of the Lerkim, Truffula Trees, Barbaloots and axe hackers, Geisel has provided endless inspiration. I believe anybody who loves the book will have great fun seeing Geisel’s imagery brought to life.”

According to Renaud, who moved to Paris with his wife and two children several years ago to work on Illumination’s Despicable Me, Seuss’ books are the ideal springboards for animated movies. 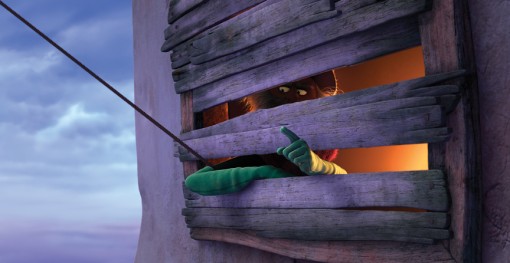 “Each time you go back to his books, you discover a new world that has a very unique perspective,” says the director. “The themes woven by Seuss are truly timeless—The Lorax goes far beyond a simple story of logging or spreading a pro-environmental message. It’s also about taking responsibility for your actions and the fact that boy or man can make a difference in the big picture.”

Interestingly enough, Renaud says his earliest recollection of this particular story is the animated special directed by Hawley Pratt and produced by DePatie-Freleng, which aired on CBS in 1974. “I saw that as a kid, and subsequently got the book at the library and read it.”

Of course, since the movie is much longer than the TV special, the creators had to expand the world of Ted, the boy who comes to hear the cautionary tale. Voiced by Zac Efron in the movie, Ted lives in the present, while the Once-ler’s story is set in the past.

“We definitely had to add a lot to his world, because half of our movie takes place in the present and half of it is set in the older days of the Once-ler and the Lorax,” explains Renaud. “Echoing what we did in Horton Hears a Who!, we wanted to create some balance between these two worlds, so that the two stories were interwoven, rather than disconnected.” 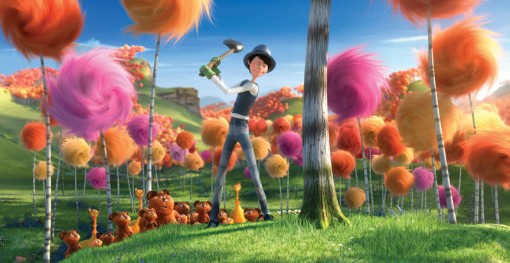 One of the project’s biggest challenges for screenwriters Paul and Daurio was finding a way to make the 60-page book work as a feature while remaining true to Dr. Seuss’ message and vision.

“We’ve been very determined to do faithful adaptations,” says the duo in an e-mail exchange. “We ultimately realized the solution was to do very little expanding within the pages of the book, and instead expand on either side. That is, who is the boy and what led him to visit the Once-ler? And what did he do once he got the seed?”

Once-Ler: One of Us?

Another big decision was choosing to show what the Once-ler looked like. In the book and previous animated special, we only got to catch a glimpse of his hands. 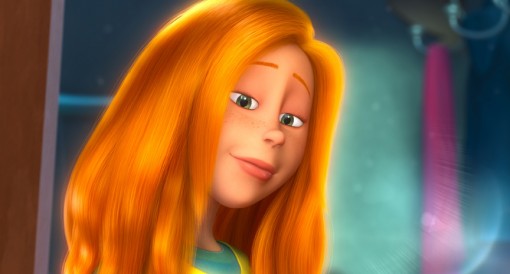 “It was a very important decision to make him human rather than some Seussian animal or creature,” notes Renaud. “If we’d made him another creature, the story would lose some of its impact. Audiences might think that it’s just a monster creature cutting down the trees and destroying the world, but by depicting him as a human, who is wearing gloves, we showed that it wasn’t a monster. We knew we had to do it, so we took a lot of time to design and fine-tune the character.”

The task of animating the movie fell upon the team at Paris-based Mac Guff, which was purchased for Illumination by Universal, and had also worked on the company’s previous movies. Renaud says it was certainly easier to tackle the animation on this project compared to Despicable Me since they were simply building the pipeline on the first movie. But this time around, they had a much larger world to animate, packed with magical creatures with names like Brown Barbaloots, Swomee Swans and Humming Fish.

“On Despicable Me, we were trying to minimize the impact on our pipeline, but for this movie, we threw all of that out of the window,” recalls Renaud. “We have multiple characters that are covered with fur, there are the Truffula trees, the grass, a river rapid scene, there are characters interacting with water. We have huge crowd scenes—there are hundreds of characters living in the town of Sneedville [the plastic and fake Vegas-like town of the present]. There’s also the grand exodus scene which shows hundreds of animals leaving when the forest is all cut down. We definitely had to expand our render farm to push the animation to the next level.”

Renaud credits the CG animation team, led by supervisor Bruno Chauffard, for their ability to meet the difficult challenges of the production. 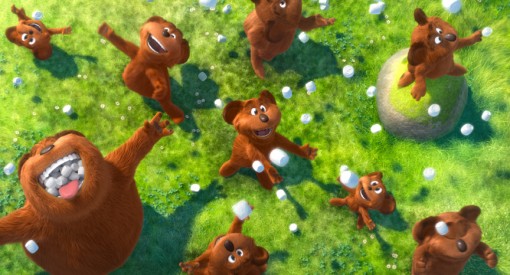 “Since we had figured out efficient ways to handle the 3-D and create the cloth effects on Despicable Me, we could concentrate more on creative decisions and to take our technical abilities up to the next level. It took us a little bit over two years to deliver the animation.”

He also has lots of praise for production designer Yarrow Cheney and art director Eric Guillon for creating an appealing world in what could easily have become a somber environment.

“The easier choice would have been to go with a Blade Runner-like futuristic world,” says Renaud. “That would have been easily understood, but not appealing for a family-friendly film, so we looked at our world, places like Disneyland, Dubai or Vegas—these are places where we see all this manufactured beauty. Outside it’s dark and bleak because the trees have all been chopped down. We had to create a believable, fake world. We also want the audience to feel that sense of losing something when the trees are chopped down.”

Other sources of inspiration included Horton Hears a Who!, How the Grinch Stole Christmas and Sony Animation’s Cloudy with a Chance of Meatballs (“I loved that movie’s cartoony style of CG animation,” says Renaud) as well as the classic Warner Bros. cartoons. 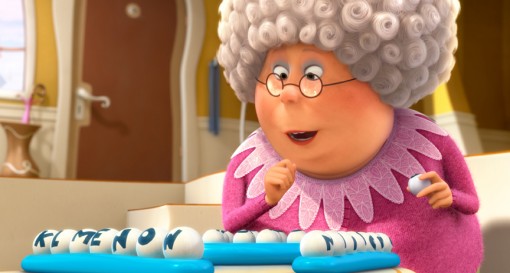 “He pulls you right into the story—and there’s really no mistaking a Dr. Seuss drawing,” he notes. “The color schemes of The Lorax are especially unique. So we have this striking visual contrast between the pristine valley in its heyday compared to the present day world where everything is cloudy and dead, so using that as our starting point, we ran with the ball.”

The production designer believes that the highly original world of The Lorax is a character in itself.

“The world that our characters inhabit goes through such a huge change in the film, and visually, it’s such an interesting thing to bring to life on the screen,” says Cheney. “I think the movie portrays that change remarkably well. Not only are the characters very fun and unique, the story has a very huge emotional arc as well.” 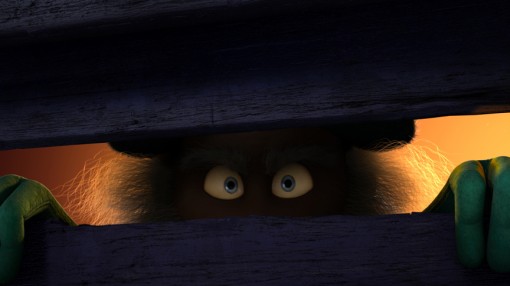 Moving in 3-D Through Sneedville

Of course, the technical team also got to explore the stereoscopic possibilities of the film.

“Avatar is the perfect example of how you can use 3-D to guide viewers along through the lush trees and forests, and we tried to do the same thing to pull you in to the vibrant colors, textures, the furry trees and Sneedville,” says Renaud.

The entire production, from layout to final render, was done at the Mac Guff facilities in Paris, while some of pre-production work, was tackled in the U.K. The animation was created in Maya and rendered with proprietary tools developed by Mac Guff. Nuke was the compositing software of choice, and the global illumination and displacement maps tool sets were the same ones used for Despicable Me. Also noteworthy is the fact that each of the characters in the crowd scenes are animated individually, without using tools like Massive. 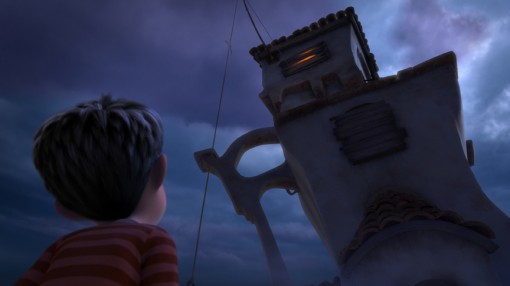 Now that the grouchy Lorax and his vanishing world are ready for inspection by moviegoers, the film’s creative team can sit back and be proud of their achievements. Renaud says in addition to the film’s visuals, he really loves John Powell’s effective score and the wonderful performances by the cast, which includes Danny DeVito as The Lorax, Ed Helms as the Once-ler, Zac Efron as Ted, Taylor Swift as his love interest, Audrey, and Betty White as Ted’s aunt.

“Animated films have been able to perform well at the box office all over the world because of their universal quality, not because you just put your own culture on a furry character,” offers Renaud. “The audience outside the U.S. is very important for the studios. It used to be that we only had two or three animated movies a year, and they were event movies. But just look at 2012, there are so many promising movies ahead of us. In our movie, we tried to balance the comedy and the drama, and always tried to maintain that sense of believability while including those moments of humor and drama. We just want to keep making movies that people are going to enjoy.”

Universal/Illumination’s The Lorax will open in U.S. and Canada on March 2 and continue its international rollout later this spring and summer. 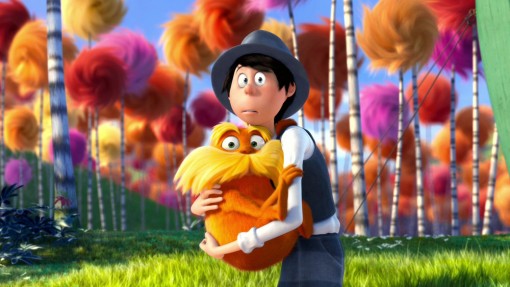