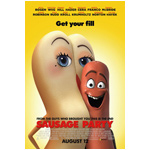 R-rated CG comedy Sausage Party proved a surprise hit over its first weekend in release, boasting strong box office numbers well over the film’s reported $19 million budget. But animators who worked on the film have spoken up online to say that the production was no party for them.

In the comments section of a piece on the film posted on CartoonBrew.com last week, anonymous persons related that co-director Greg Tiernan cut costs by demanding unpaid overtime of the animators at Nitrogen Studios.

“If you wouldn’t work late for free your work would be assigned to someone who would stay late or come in on the weekend. Some artist were even threatened with termination for not staying late to hit a deadline,” commenter “Uncredited Supervisor” posted.

Co-producer Annapurna Pictures apparently stepped in to insure better treatment after receiving a petition from the animation department, but, “Over 30 animators left during the coarse (sic) of the production due to the stress and expectations. Most of them left before the paid overtime was implemented. This was met with animosity and was taken as a personal insult to the owners. Their names were omitted from the final credits despite working for over a year on this film.”

Another poster “Uncredited Animator” did not address the mistreatment of employees, but shared that they had to leave the production due to visa issues.

“…After watching it the other day I was very impressed how everything came together and how good it looked. Feeling super proud to be a part of this groundbreaking project. The awe & excitement (sic) quickly turned sour after the credits had rolled with my name not showing up … Through emails towards the end of my contract, I felt I left on good terms with the studio. Apparently not.”

In a follow-up piece, The L.A. Times spoke with artists who remained on the production who felt that the departing employees jumped ship looking for bigger gigs at the newly relocated Sony Pictures Imageworks.

“A big, shiny studio rolled into town just as animation for Sausage Party was gearing up, and offered more money,” editor Ellery Van Dooyeweert told the paper. “They left their friends and teammates behind scrambling to keep the project together. Most animators left believing Sausage Party would never finish, and would be a garbage flick. Now that it’s the talk of the town, they are wondering where their credit went.”

Nitrogen Studios Chief Executive Nicole Stinn refuted the accusations, saying the claims are “without merit” and that the production followed regulations as well as contract obligations. 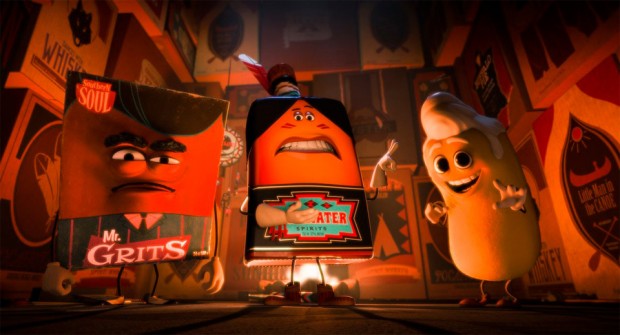