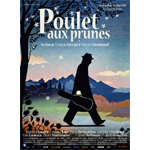 Marjane Satrapi and Vincent Paronnaud’s  Chicken with Plums, the live-action follow-up to their Oscar-nominated animated feature Persepolis (2007) made a big splash at the Venice Film Festival last week. Based on Satrapi’s graphic novel, the $15.8 million-budgeted feature (11 million euros), the Celluloid Dreams project is set in Tehran in 1958 and stars French actor Mathieu Amarlic as a talented violinist who is prevented from marrying the woman he loves (Golshifteh Farahni). Chiara Mastroianni and Isabella Rossellini also co-star. 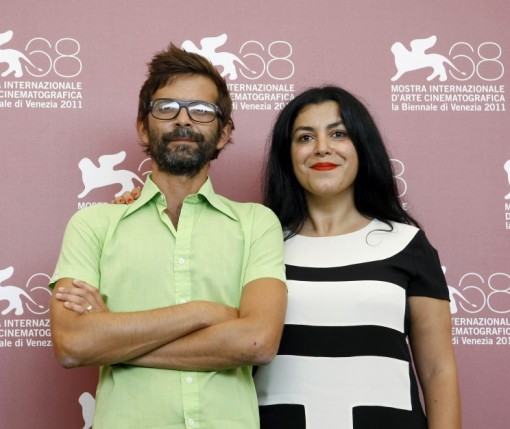 Directors Vincent Paronnaud and Marjane Satrapi at the Venice Festival

Based on the life story of the brother of Satrapi’s grandfather, the movie has been praised for its effective use of magical realism and artistic use of CG effects and animation in conjunction with the live-action (which was shot at Studio Babelsberg in Germany). The film’s visual effects supervisor is Damien Stumpf (Arthur and the Invisibles, Asterix and the Olympic Games). 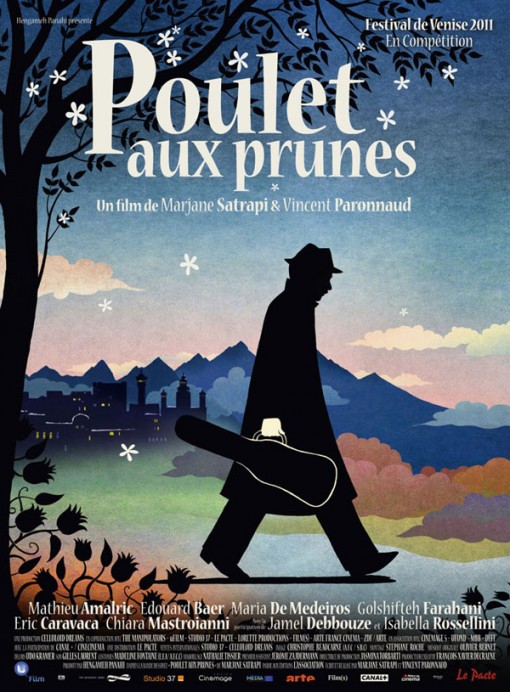 “It features the same family, but just goes backward in time,” Satrapi told Variety recently. “What I want to do is to portray my whole family throughout the last century.”  She also told the trade publication that the last film in her Iranian trilogy The Eleventh Graduate will take place from 1920s to the 1960s, and tell the story of her paternal grandmother, who escaped on horseback to marry her grandfather and became the 11th woman to finish her studies in her province.