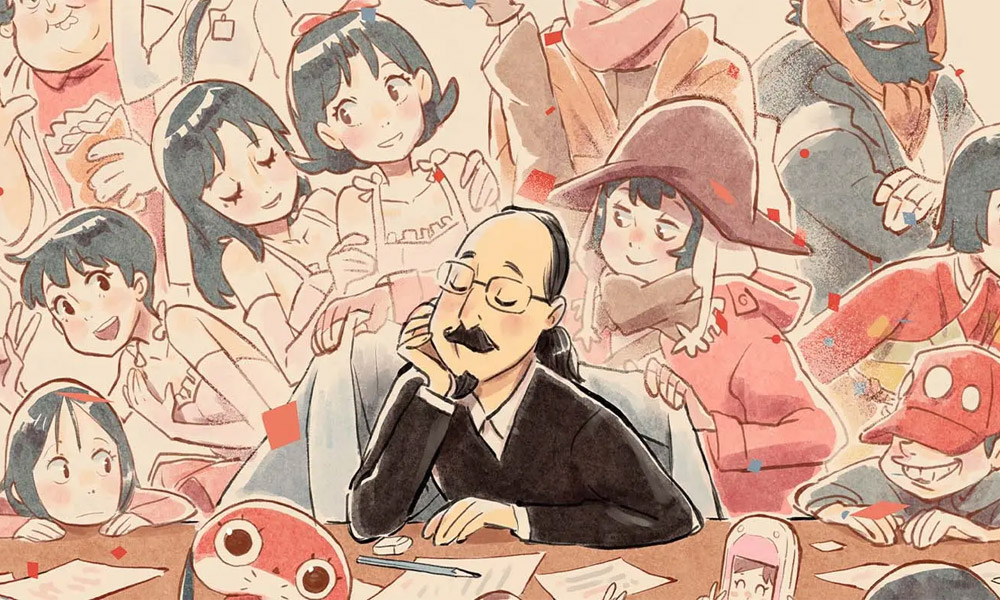 “Animation doesn’t have to look real, it has to feel real.” — Rodney Rothman

Rothman’s wise words are somewhat of a crystallizing moment in Pascal-Alex Vincent’s latest documentary, the Cannes Festival favorite Satoshi Kon, The Illusionist: Not only does the Oscar-winning director highlight the influence of Kon’s Paprika (2006) on the development of Spider-Man: Into the Spider-Verse (2018), he also reinforces what an essential cinematic experience animation is. 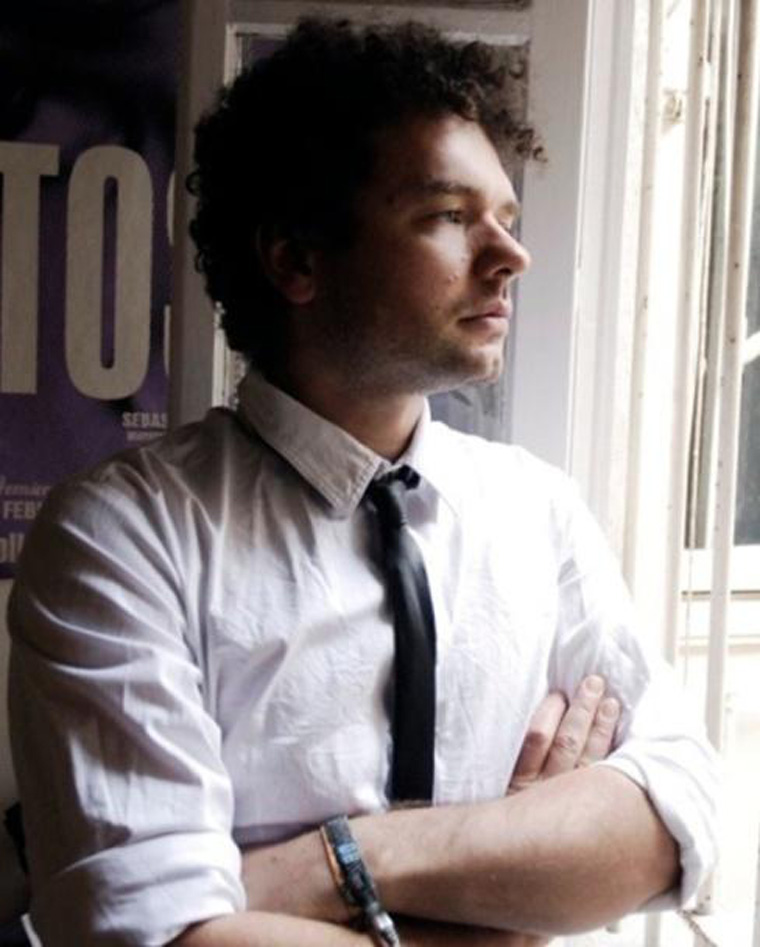 “Most live-action films are as predictable as driving on the freeway,” Vincent tells Animation Magazine in a recent interview. “Animation breaks down barriers and can take you to whole other dimensions.” There are few examples of the medium that break down so many barriers as Kon’s work; his feature debut, Perfect Blue (1997), arrived during an important avenue in Franco-Japanese relations. Managed by the Japan Foundation in 1997, ‘The Year of Japan in France’ not only saw the inauguration of La maison de la culture du Japon à Paris (the Japanese Culture House of Paris) but also ‘The Year of France in Japan’ 12 months later.

Vincent remembers the period well: “It was a busy time and I was working for a company that distributed Japanese films in France. Between 1997 and 1999, Kiyoshi Kurosawa and Hirokazu Kore-eda released films in France, Takeshi Kitano received the Golden Lion in Venice and Naomi Kawase the Caméra d’Or in Cannes. But, most of all, the Ghibli craze took off in Europe. So, we hadn’t seen such a huge ‘Japanese wave’ since the 1950s. French moviegoers love Japanese cinema, and Japanese cinephiles love French cinema.” 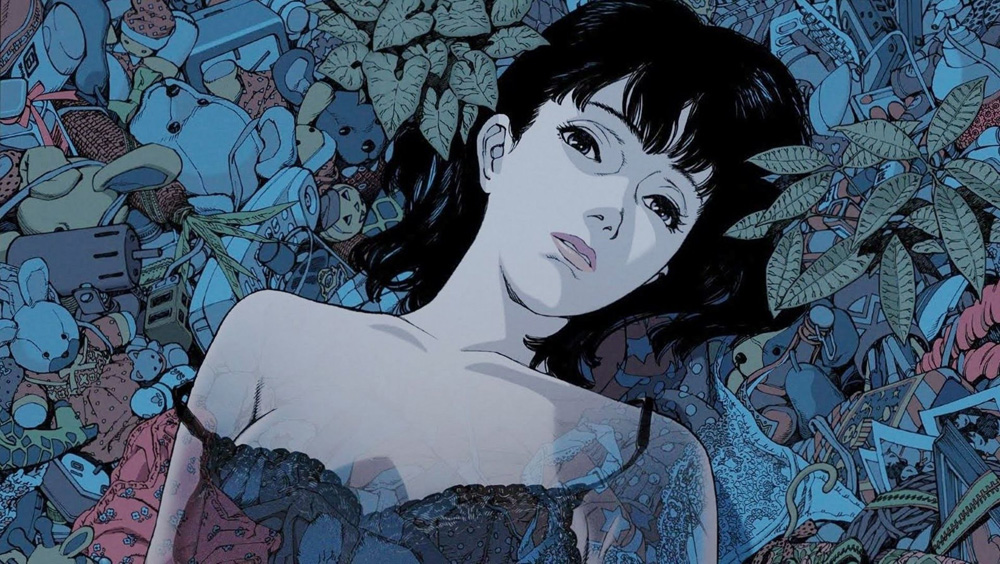 A longtime appreciator of the late Satoshi Kon and his work, Vincent first came across the pioneering animator after seeing Perfect Blue for the first time during the festivities. “I never miss a Japanese movie and there’s nothing a French cinephile loves more than discovering a new auteur,” he notes. “I was intrigued to see that it was rated R, which is very rare for anime. And I was totally blown away by the risks this young director was taking. Shortly afterwards, his manga Tropic of the Sea [1999] was published in France by Casterman, the venerable publisher of Tintin. I remember thinking, ‘Ok, this Satoshi Kon guy is the real deal.'” 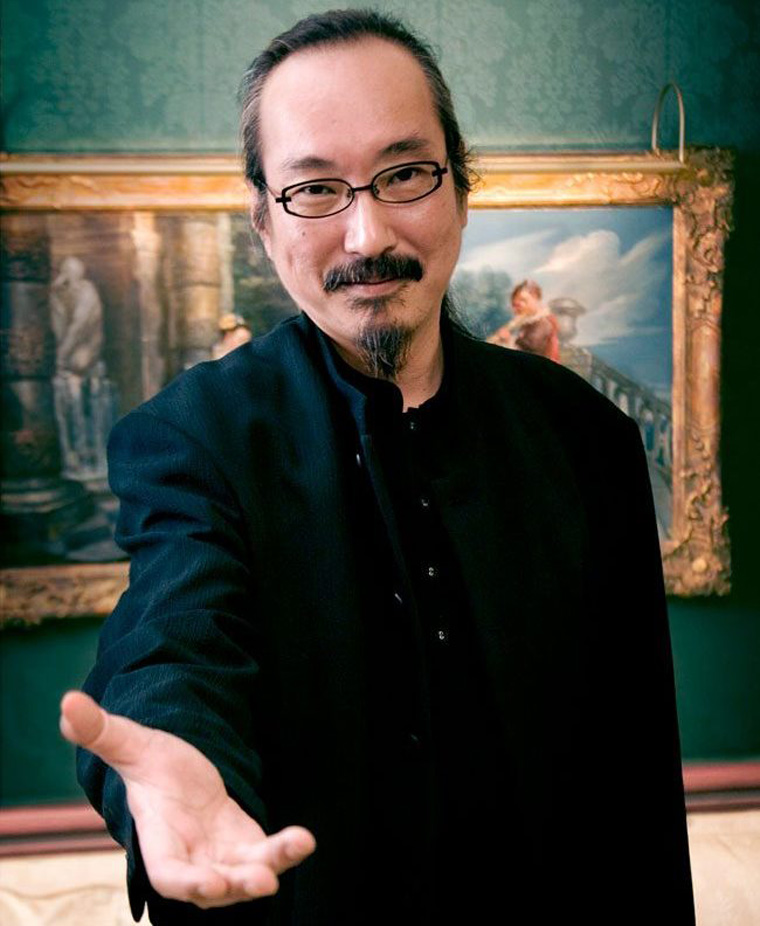 In the summer of 2018, Japanese film producer Kenzo Horikoshi visited Vincent in Paris having been commissioned by Kon’s own producers to find a director to develop an official documentary for the 10th anniversary of his passing. “They wanted a foreign director, but someone who had nothing to do with anime. When things started to become serious, I realized my film would need to be a ‘Satoshi Kon for beginners’; who is he, and why is his work so important?” This approach is very much down to Vincent’s background teaching Japanese film history (1935-1975) at The Sorbonne Nouvelle (a.k.a. Paris 3), “It’s the professor in me. I wanted my students to love the film and was very concerned that the project should not be for specialists and hardcore fans only.” Vincent was well aware there would be some criticism on the omissions he made. However, treating the documentary as an introduction will be instrumental in gaining a wider audience and awareness, not only of Kon’s work but also what anime is capable of.

As with most geniuses harnessing a limitless imagination, Kon was a complex and contradictive personality and the world of animation seemed the perfect medium for him to express his demons. “I think this was the only medium that could work for him, because animation allowed him to be master and commander of his own projects,” Vincent explains. “For creators, the great thing about animation is that you can afford the luxury of no limits. But he had that freedom due to Masao Maruyama, [Madhouse co-founder], who let him do whatever he wanted because he recognized Kon as an auteur.” 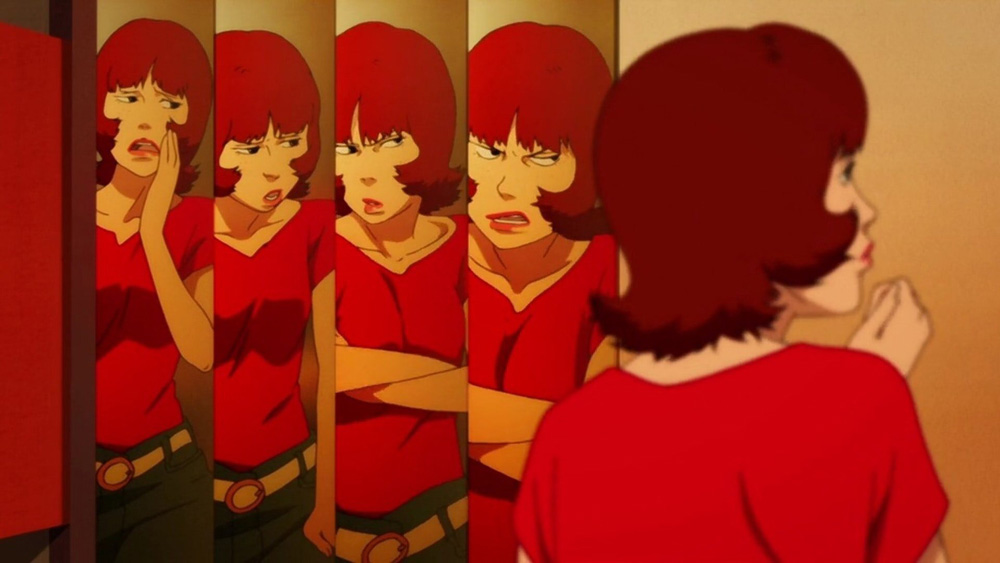 Satoshi Kon, The Illusionist showcases insightful commentary about Kon by his contemporaries while also delivering some brutally honest reflections from his collaborators. After managing to break down some walls during early development on the project — inevitable obstacles involving ‘guardians of the temple’ when working on late artists — Vincent learned that 10 years is still a short period of time when it comes to the passing of anyone. “Emotions can still be very raw; some of the people I approached declined to participate from the get-go or were very reluctant. I also learned that Satoshi Kon had not been an easy person to work with. As some mention in the documentary, working relationships often ended in conflict and, therefore, wounds were still bleeding. Satoshi Kon was so demanding with his contributors — crazily intense — and it seems he had a high opinion of his work, and, therefore, of himself. Working for him required a huge personal investment and his crew were affected by that.” 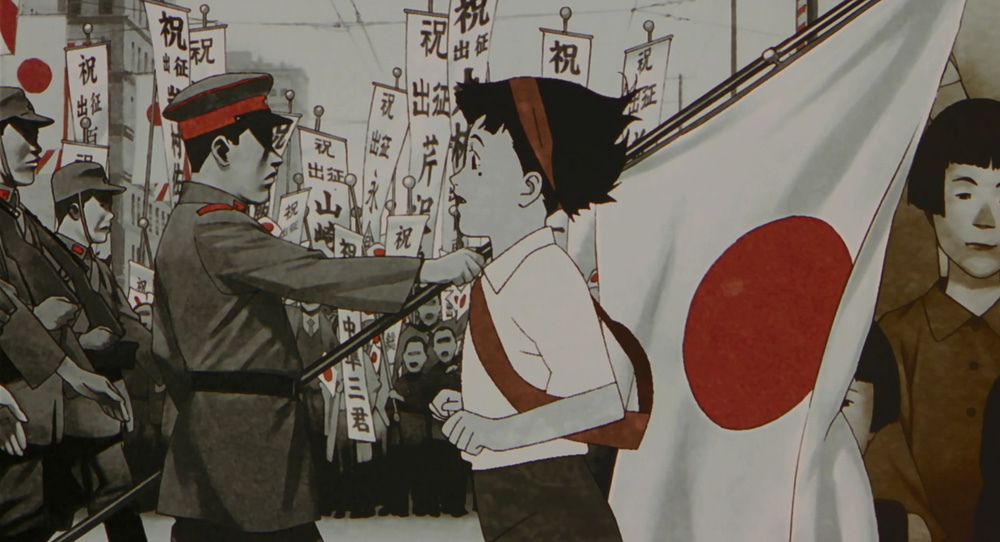 Kon’s unique eye came from being a filmmaker at heart who happened to be a dedicated animator. This was also intrinsically linked to his incredible skill as an illustrator. “As Darren Aronofsky points out in the film, Kon conceived everything, from the script to the storyboard. As mentioned already, he was a true auteur, someone with a vision, a signature. The goal of my project was for us to remember that.”

But Vincent’s documentary is much more than a remembrance piece. It is a film that inherently shows Kon’s legacy and how it should continue to open as many eyes as possible to the world of adult animation; to break that age-old assumption that it’s all just ‘kids’ stuff’. “Things are changing. There’s a huge gap between people of my generation and my students. No kid under 20 will confuse manga and anime, for instance. Animation for adults has its own big names, from Bakshi to Yamamoto, with French director Jérémy Clapin [I Lost My Body, 2019] also on the rise. We’ve come a long way and Satoshi Kon has undeniably contributed to paving the road.” 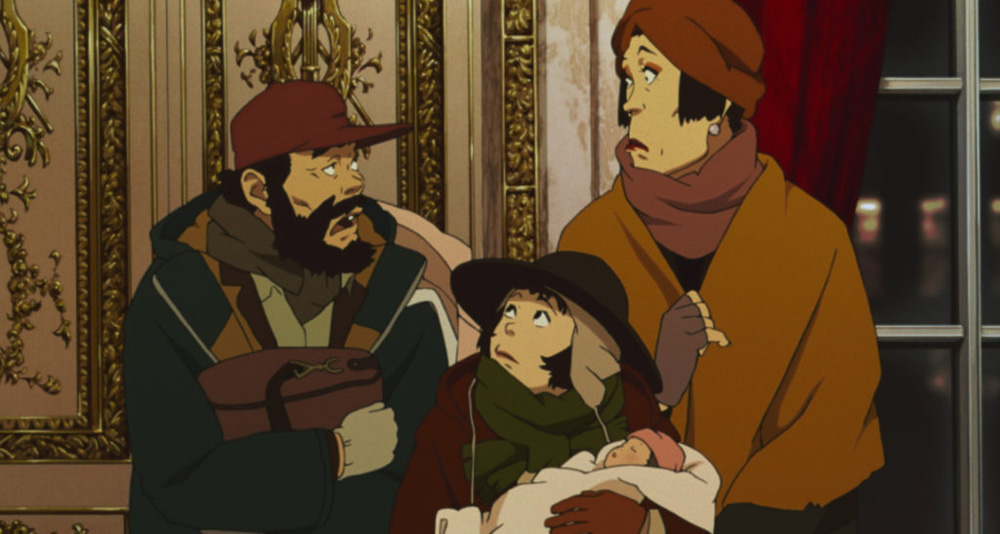 Of course, ‘paving the road’ shouldn’t be about making it easy for everyone else who follows; the creative process thrives when challenged and pushes innovation. Kon wasn’t just about advancing techniques but innovative storytelling; his meta explorations of reality and fantasy a staggering achievement that presented a filmmaker years ahead of his time. “The narration of his films was so ambitious; he wasn’t afraid of losing the audience along the way. But it never happened, like a cat always landing on its feet. Today, no producer would have the guts to take him on. He was a visionary, predicting 20 years ago the all-consuming power of the Internet and our alienation from reality into virtual worlds.”

Satoshi Kon’s Career at a Glance 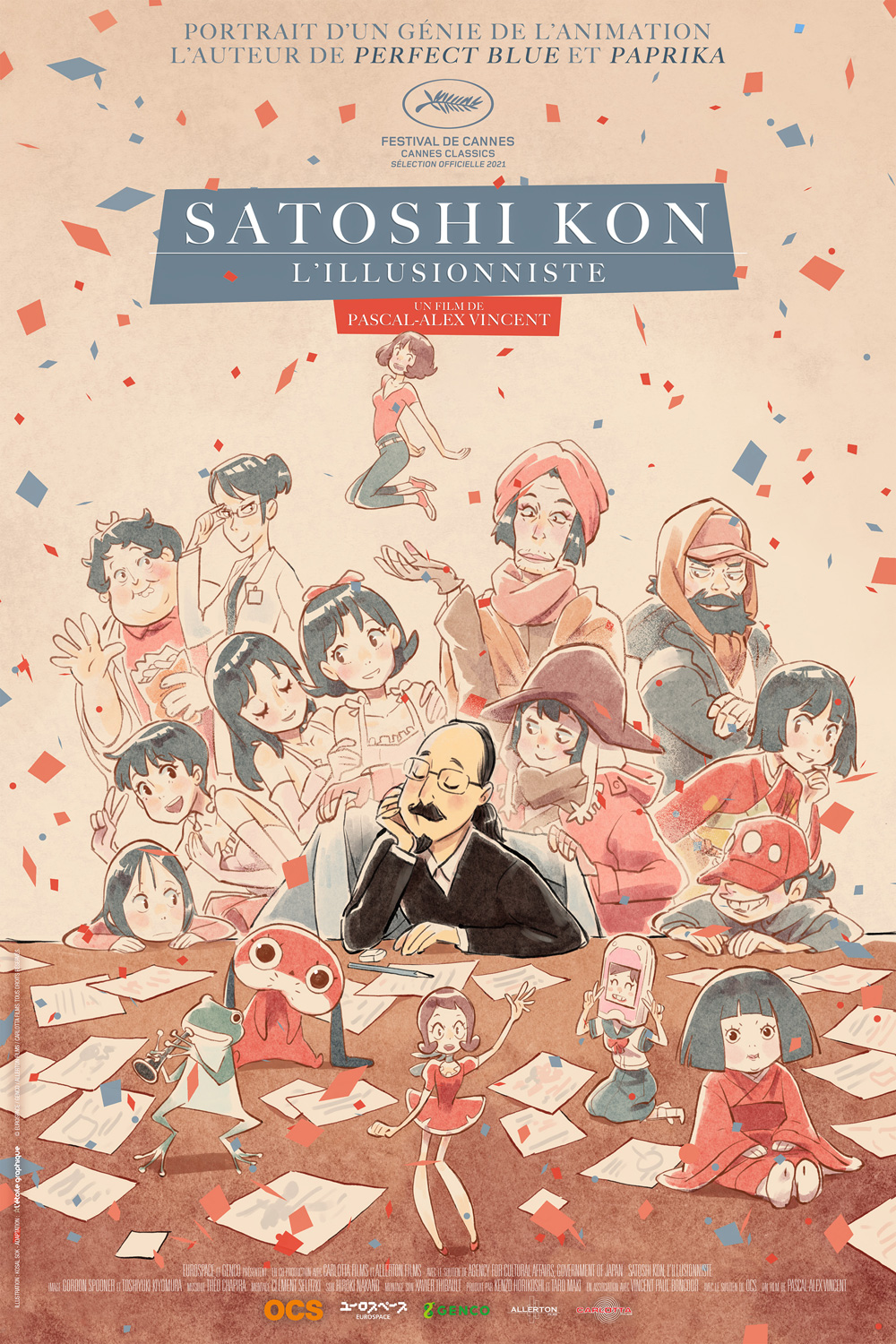