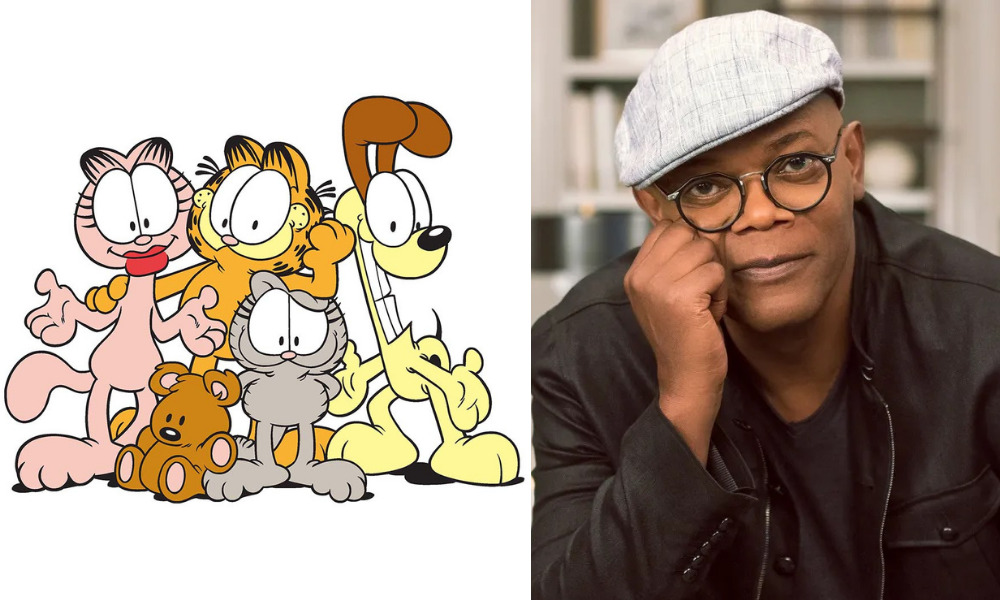 Hollywood legend Samuel L. Jackson is adding another animated cat to his credits list: Having wrapped up his recordings for the feline samurai Jimbo in Paws of Fury: The Legend of Hank (out July 15), the Oscar-nominated star known for his standout roles in hits like Pulp Fiction, Jurassic Park, Coming to America, Do the Right Thing, the Star Wars prequels and, of course, Snakes on a Plane, has been tapped to voice star in Alcon’s fully animated Garfield feature.

Jackson will play a brand-new character, Garfield’s father Vic. As previously announced, the titular lazy, lasagna-loving comic-strip cat is being voiced by Chris Pratt. The film is being directed by Mark Dindal from a script by David Reynolds; the duo previously collaborated on The Emperor’s New Groove.

Alcon Entertainment acquired the rights to Garfield from creator Jim Davis, who introduced funny pages readers to the wry feline in June 1978. Davis is executive producing as well as Bridget McMeel and Craig Sost, with John Cohen and Steven P. Wegner producing alongside Alcon’s Broderick Johnson and Andrew Kosove.

The movie is being animated by DNEG Animation, with studio CEO Namit Malhotra and President Tom Jacomb as producers. The new Garfield movie will be distributed globally by Sony Pictures (excluding China).

Jackson, a highly prolific actor with over 150 film appearences to his name, is no stranger to animation.  In addition to reprising his live-action screen roles like Marvel’s Nick Fury and Star Wars Jedi Mace Windu, his distinctive voice is recognizable as Frozone in Pixar’s Incredibles films and starring in Afro Samurai, as well as roles in Turbo, Adventures in Zambezia, The Boondocks and Astro Boy (2009). He was recognized with an Honorary Oscar at the 94th Academy Awards.

You can read more about Jackson’s latest animation gig, Paws of Fury, in the 35th Anniversary Issue of Animation Magazine (June/July ’22, No. 321), available soon!