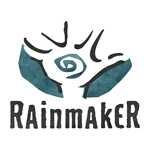 Both films will have the promotional and marketing support from the PlayStation Network, which reaches more than 100 million homes worldwide.

Ratchet & Clank, based on the hit video game, is already well into production in Vancouver and is looking forward to an early 2015 release.

Sly Cooper is set for delivery in early 2016.