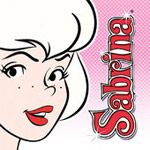 Deadline.com reports that Sony Pictures has plans to give Sabrina the Teenage Witch a live-action superhero revamp. The magically inclined teen heroine designed by artist Dan DeCarlo for Archie Comics in the 1960s will appear in a new film in the vein of recent popular vfx-laden comic-book flicks, focusing on her origin story and the teen’s struggle to come to grips with her witchy abilities.

Far from the cutesy cartoon series and the popular sitcom starring Melissa Joan Hart, the movie will have an edgier tone, but Sony is reportedly holding on to Sabrina’s talking cat, Salem, who is getting a Lady Lovely Locks kind of twist by being a transformed prince—an interesting if somewhat comically unsettling romantic angle.