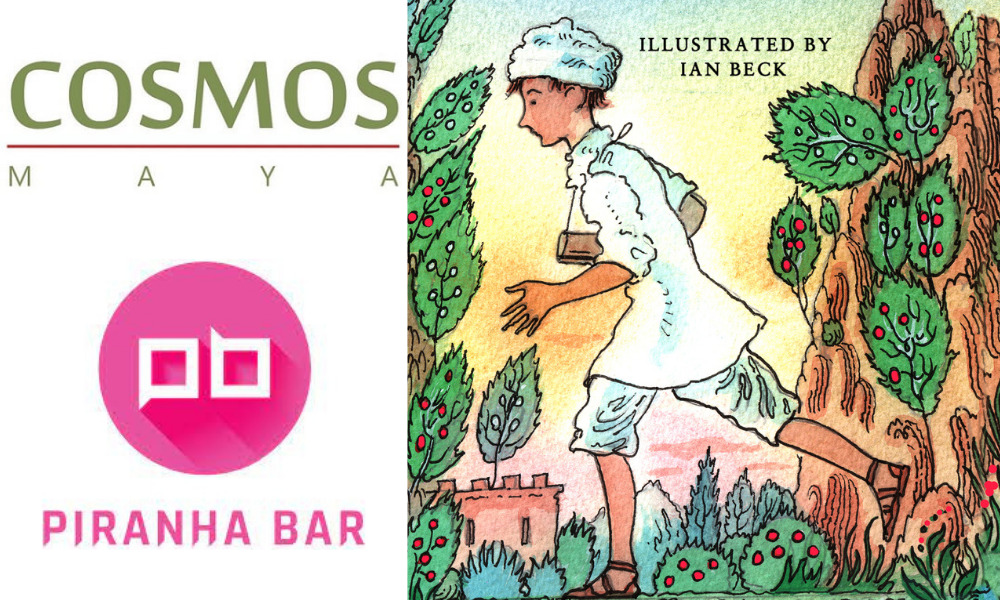 Singapore- and India-based animation studio Cosmos-Maya announced today it has selected Rudyard Kipling’s classic novel Kim to be adapted for its next feature-length animated film. Cosmos-Maya has teamed up with Irish animation studio Piranha Bar to co-develop the movie.

Kipling is one of the earliest modern European writers with connections to India, and his stories showcase strong themes of cultural crossover. Set in 1890s India, Kim is a kung fu odyssey about the eponymous original child spy and his exploits — full of friendship, treachery and adventure. In the story, as external forces attempt to take control of colonial-era India, savvy street kid Kim becomes the apprentice of a Shaolin monk and an unlikely spy for the British Empire in an epic voyage of self-discovery.

With a cast of many colourful characters — including Colonial British soldiers, treacherous villains and Maddy, another child spy — Kim is an exhilarating adventure full of kung fu action that also has important messages about peace and enlightenment at its heart.

“With Cannes Film Festival about to commence, we couldn’t be more pleased to announce our animated feature film version of the legendary text from none other than Rudyard Kipling. Adapting this timeless tale, much beloved around the globe, is a true honor,” said Anish Mehta, CEO of Cosmos-Maya. “With our co-production partner Piranha Bar, talented director Ketan Mehta, and acclaimed writer James V. Hart, we’re confident this will excite audiences all over the world. We’re looking forward to bringing more partners on board for this brilliant IP, and it’s fantastic that we’ll be able to have these conversations in person at the upcoming festival.”

Dave Burke, CEO, Piranha Bar, commented,“We are thrilled to be involved with Cosmos-Maya in bringing Kipling’s final and most famous novel to the big screen. Creating the world of Lahore, Kimball O’Hara and the full ensemble of diverse characters has been an incredibly ambitious and successful undertaking for our teams in Ireland and Mumbai. We now set our sights on bringing Kipling’s visually striking and emotionally gripping story of Kim, the original child spy, to life.”

Kim was originally published as a serial, beginning in 1901. The story has been adapted into live-action films featuring stars like Errol Flynn, Dean Stockwell, Peter O’Toole and Julian Glover, as well as an installment of NBC’s Shirley Temple’s Storybook in 1960. A 2D animated series produced by Italy’s Mondo TV & RAI was released in 2008.

Piranha Bar is both a production company and a full-service post facility. Its roster of directors and studio of animators, 3D genii, flame artists and production elves all share a passion for effective storytelling. Utilizing  live-action to animation, high-end VFX to origami (and lots in between), the studio is blazing its own production trail while its extensive facilities offer agency, TV broadcast & prodco clients post production services for long-form, short-form and cross platform content; high-end editing, finishing, motion graphics & cutting edge VFX. (piranhabar.ie)