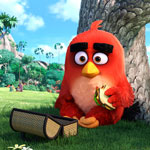 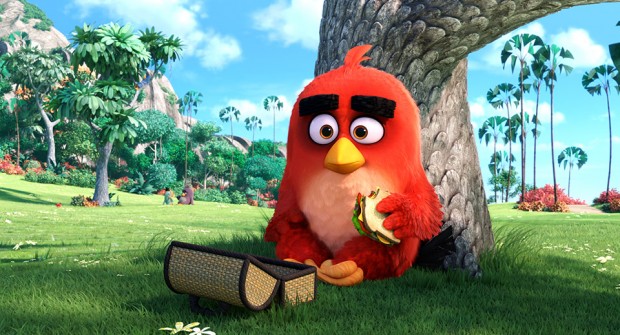 Finnish game developer pecks out a space in the animated feature market with The Angry Birds Movie.

As a wildly popular game, Angry Birds was one of the few properties that enjoyed the kind of awareness and excitement that just couldn’t really be topped. The series of games have been downloaded 3 billion times as of July 2015. The characters, levels and worlds created by the game designers quickly emerged as pop cultural touchstones so it’s only natural Rovio and the producers of the big screen take on the game wanted to stay true to the design that captivated audiences on tiny, handheld screens throughout the gaming universe.

Before bringing on the crew, producers David Maisel, Catherine Winder and John Cohen took the time to develop a story with screenwriter John Vitti that gives audiences real characters and something more, because just knowing the birds from the game wouldn’t be enough to carry a whole movie.

“The birds had to have heart and be relatable for kids and adults,” says Cohen. “We also had to show why the birds are angry because that’s a question that demands an answer.”

In Red’s case, we get into his back-story and discover that though our main character lives as part of a huge community of fellow birds, he lives alone and has been a loner for a long time. And that wasn’t always Red’s choice. We often see Red gazing through windows into the lives of other birds that live in the same village and longing to be part of whatever they’re doing.

“Jason Sudeikis is basically a comedy genius and he was able to give Red a real personality and make you feel for him when we find out that he was bullied as a young bird,” says Cohen. “When you look into why people are angry there are often things like this in their background.”

The producers and directors were also thrilled to have other comedy all stars like Maya Rudolph, Josh Gad, Bill Hader, Danny McBride and Peter Dinklage doing voice work for the film. With such strong performers in the cast, they were able to deeply develop the characters and discover new aspects of the story in the process.

Since nearly everyone came from an improv background, it was only natural that the directors Fergal Reilly and Clay Kaytis asked the performers to riff at certain points to see what they’d add to the comedy already on the page.

“We gave the three guys the instruction to make up this mighty eagle song and the joke is that though the eagle is this hero to them, none of them know the song,” says Reilly. “So the songs that each of them sing made it into the movie were just something that came from them and they were so hilarious that they went into the film because with all these SNL performers we had so much to work with and we knew that would be a great thing for the movie.”

The main characters — Red (Sudeikis), Chuck (Gad) and Bomb (McBride) — also each emerge as super heroes, in their own Angry Birds kind of way. Bomb has his obvious ability to blow himself up in a pinch to create a distraction or put off some feisty piggies. Red’s unconventional super power becomes his ability to direct his anger into something positive — a way to motivate himself to do something powerful to defeat piggy intruders. And Chuck’s super speed becomes the impetus for an homage that audiences who love super hero stories will definitely remember.

Perhaps one of the most famous vfx sequences from the last few years — the slow-motion kitchen scene in X-Men: Days of Future Past, in which Quicksilver uses his super speed to set a group of other characters up for a chain reaction catastrophe — is adapted so that Chuck is able to pull off the same kind of thing with his super speed once inside a castle belonging to the piggies who try to steal eggs from the hero birds.

“That was a lot of fun to make that part of this movie and the birds are heroic,” Reilly says. “They go from being naive and being able to be taken advantage of to a place where they learn they can defend themselves and they need Red’s ability to get angry about injustice.”

There are additional movie references sprinkled throughout as well. One especially unnerving moment finds out heroes face to face with a pair of young female piggies who look like the strange little girls from The Shining.

With the story, script and performers solidly in place, the filmmakers also knew they had to stay true to the look of the birds that was established in the game and make certain tweaks to take them onto the big screen. The birds were given wider eyes, lush plumage (especially the baby birds), and kept mostly in the primary color range, in keeping with the overall feeling established by Rovio all those years ago.

The villainous piggies are also given inviting faces and made to look more ridiculous than truly evil and their island is populated with the kind of impossible, collapsible structures that you’d expect them to create, destroy and then just build again in their own clumsy way. According to Kaytis, destroying their island when the birds fight back after an egg theft, was especially fun because of all the choreography involved in making it a real spectacle for the audience to view. The buildings are so tall and close together, they come down like dominos with panicked pig scattering everywhere.

With the strong primary colors and large eyes and inviting faces, the birds and pigs would be likely to draw in a younger audience or those who were dedicated to the games. But that wasn’t enough.

“People have had a lot of experience with these birds so there are some expectations,” says Kaytis. “But you also have to make something that works for everyone and draws the whole audience into the story even if they haven’t had experience with the game.”

For Cohen and the other filmmakers, relationships became crucial in order to create a story that could touch any member of the audience, even if they weren’t responsible for one of the billions of downloads of the game. That meant they had to spark something genuine between Red, Chuck and Bomb, even though the actors were performing separately and wouldn’t be playing off each other as they would if they were actually on a stage doing improve together.

Cohen, Reilly and Kaytis are all especially happy with how the relationships between the three main characters came to the screen. After we see Red grew up a bullied little bird, he finds acceptance and companionship with his own crew.

“I think Jon Vitti’s script really is a big part of the relationships of these birds because he’s written so many amazing episodes of The Simpsons and other animated projects that he knew how to have these birds be fun and entertaining for kids but also have this incredible heart,” says Reilly. “He makes it possible to say things in animation that you never thought could work.”

NBCU Buys DreamWorks in $4B Deal
A Tentacle Spectacle