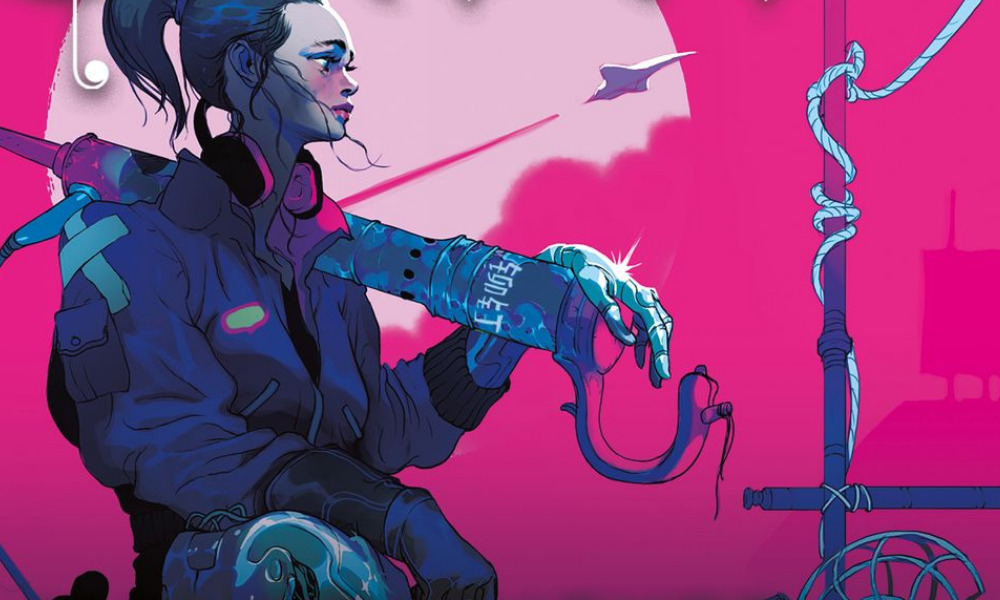 In its first major acquisition since the release of its debut feature film Ron’s Gone Wrong (longlisted for the BAFTA award), London-based Locksmith Animation today announced it has optioned Marissa Meyer’s best-selling The Lunar Chronicles series of novels — including Cinder (2012), Scarlet (2013), Cress (2014) and Winter (2015), published by Feiwel & Friends.

The book series, which focuses on a reimagining of classic fairy tale heroines, has been a sensation since the first volume was published on January 3, 2012. The series has been praised by critics for its “high coolness factor” (Kirkus Reviews) featuring “an unforgettable heroine and a masterfully crafted new world” (YA Books Central).

“At Locksmith, we are always looking for material that will give viewers a contemporary and authentic perspective,” said the studio’s Co-Founder & President of Production Julie Lockhart (producer, Ron’s Gone Wrong). “Marissa’s books successfully turn well known fairy tales into an epic, modern saga that will be engaging and relevant to today’s audiences. We could not be more thrilled about collaborating with her on bringing her vision to life through animation.

The Lunar Chronicles is set in a futuristic world, beset by a pandemic, where Earth and its former colony, Luna, exist in a perpetual state of unrest and tension. In Cinder, the first book, a teenage cyborg named Cinder (based on ‘Cinderella’) deals with her wicked step-mother, finds love and discovers secrets about herself. As the series continues, Cinder forges an alliance with Scarlet, a spaceship pilot; Cress, an imprisoned computer hacker; and Winter, a Lunar princess. Along with a diverse crew that includes a soldier, a criminal, and a royal guard, they must work together to rise up against the evil Queen Levana to save the country and possibly even the world. 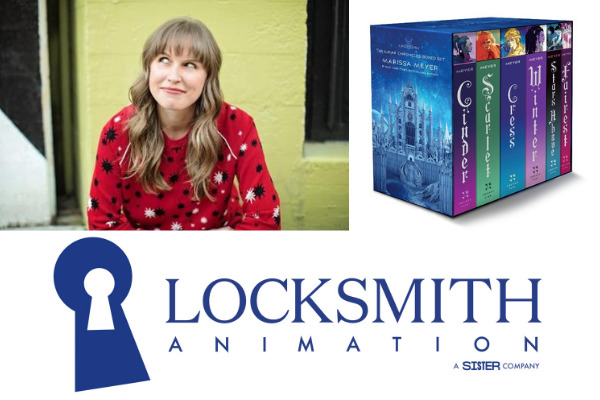 “We are huge Marissa Meyer fans and cannot wait to bring Cinder, Scarlett, Cress and Winter to a worldwide audience through the talents of our extraordinary team,” said Natalie Fischer, CEO of Locksmith Animation. “This unforgettable series has garnered huge praise and popularity and we are determined to give this material the treatment it deserves.”

“I am absolutely thrilled to be working with the team at Locksmith to adapt The Lunar Chronicles for the screen,” Meyer shared. “Everyone has shown so much enthusiasm for these books and characters, and hearing about Locksmith’s vision for the project gives me the best kind of chills. I am as eager as readers are to see Cinder, Prince Kai and the rest of the Rampion Crew brought to life with stunning animation, and a lot of love!”

Meyer is a #1 New York Times bestselling author whose other titles include Heartless, The Renegades Trilogy as well as the graphic novel duology Wires and Nerve. She holds a BA in Creative Writing from Pacific Lutheran University and a MA in Publishing from Pace University. In addition to writing, Meyer hosts The Happy Writer podcast. She lives near Tacoma, Washington with her husband and twin daughters.

Meyer was represented in the Locksmith deal by Creative Artists Agency in association with Jill Grinberg Literary Management.