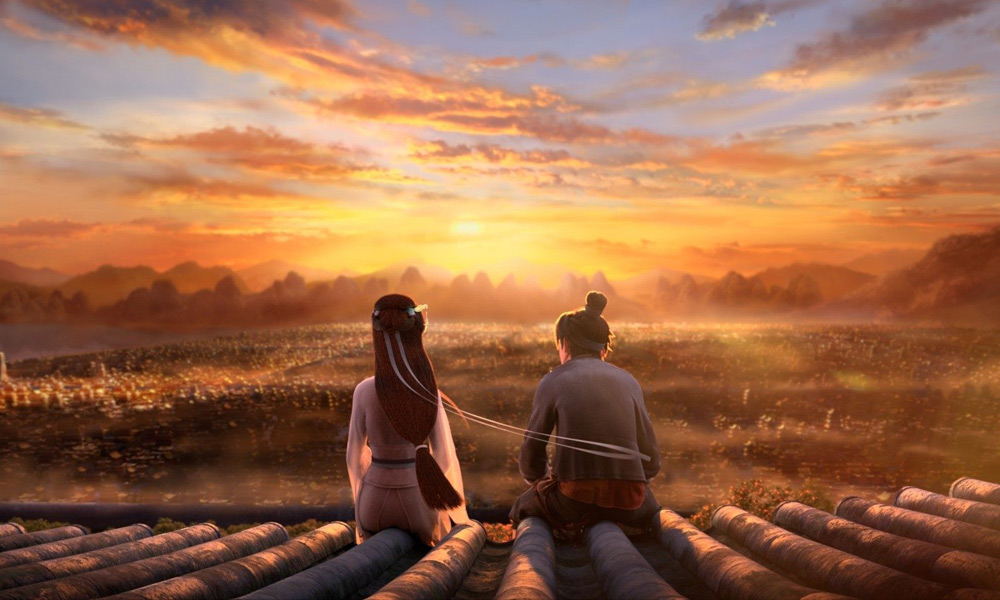 Last January, Chinese audiences were able to enjoy Light Chaser Animation’s beautifully crafted CG-animated feature White Snake right in time for the Chinese New Year. Now, thanks to GKIDS, American audiences will also be able to experience the movie in November, and find out why this fantasy feature, which was made for about 80 million yuans ($11.2 million), was able to gross over 447 million yuans ($65.5 million) in China alone.

White Snake is GKIDS’ first Chinese-made release, and it represents a breakthrough on more than one level. “Because the vast majority of our films are traditional animation, we’ve been pegged as ‘the home of 2D’,” says Dave Jesteadt, GKIDS president for over 12 years. “I think White Snake shows what you can do with beautiful computer animation. When we were thinking about comparison titles for marketing this film, the titles that were coming up were not animated films for kids. They were films like Crouching Tiger, Hidden Dragon, Hero and House of Flying Daggers – live-action martial arts films that were popular in art houses during the last 10 to 20 years.”

In bringing to animated life an ancient Chinese legend about a woman who transforms into a huge white snake, the film mixes wuxia martial arts movie traditions with magical demons and star-crossed love scenes. As Jesteadt observes, “There’s a level of epic mythology and romance which transcends a lot of the boxes that animated storytelling often gets put into. I did not know the mythology behind the film. But, I found myself caught up in the world and the relationship between the romantic leads and the complicated love that transcends cultures. One of my favorite characters is actually an opium-smoking fox demon!” 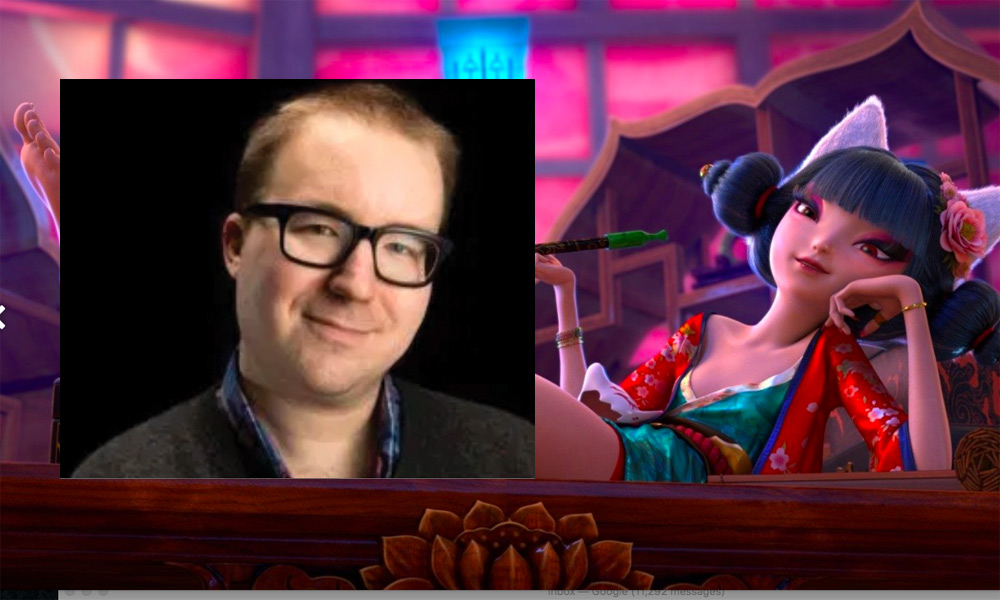 For the animators at Beijing-based Light Chaser Animation, the challenge was to depict a timeless tale using the latest in 3D computer animation techniques.

“The traditional Legend of the White Snake has had a great impact on me since childhood,” says producer Di Cui, who made her producing debut on this film. “As a female filmmaker, I’ve always wanted to work on projects related to female perspectives and themes. Animation films on such topics are still rare in China. The directors and I were all very fond of the idea of transforming the legendary story of the white snake into this form of animation from the very beginning.”

The co-directors of White Snake, Amp Wong and Ji Zhao, also got their directing breakthrough opportunities on this film. Amp Wong had joined Light Chaser Animation six years ago after working on the Cartoon Network series Green Lantern and brought expertise as an animation supervisor. “I’ve always longed to work on animation projects that are related to traditional Chinese storytelling,” he says. “The Legend of the White Snake has been a household name in China for centuries, and I was excited to bring audiences this story in a new light.”

It’s a testament to the long-term vision of Light Chaser founder Gary Wang that this trio of young filmmakers got their breakthrough opportunities on White Snake. Wang, who started the studio 2013 and directed its early films like Cats and The Guardian Brothers, had previously founded the Chinese video-sharing company Tudou.

Jesteadt recalls that GKIDS has been friendly with Light Chaser for two years, and he finds it significant that the studio is willing to train and promote in-house talent. “The industry in China has been growing so rapidly, and the creative leaps and bounds that are being taken mean it’s only a matter of time before they create an explosive new industry,” he notes. “It’s different from studios that are creating what are effectively knockoffs of Hollywood films. White Snake shows a high level of technical artistry.”

Producer Di Cui says that the 170-person team on White Snake had the latest CG software tools at its disposal. “We used Katana and Nuke in lighting, and the final images were rendered in Arnold. Mari was commonly used for look development, while Maya was used for character and environment special effects. We also used Qualoth and Yeti (plug-ins for Maya) to simulate clothes and hair. A number of tools were developed and applied to enhance the CG, particularly for the movement of snakes in the film.”

White Snake performed well with audiences in China when it was released by Warner Bros., and now the challenge for GKIDS is to ensure it finds a North American audience after it opens in New York and Los Angeles this month. Jesteadt says GKIDS worked closely with Light Chaser Animation on the English language dub, which was voiced entirely by Asian-American actors. He also notes, “We’ll be showing the Mandarin version with subtitles as well as the dubbed version. There’s a large film audience in the Chinese American community, and we want to make sure they have the opportunity to see the film as the Chinese filmmakers intended.”

One notable indicator of GKIDS’ evolution as an animated film distributor is that White Snake will not be G-rated. In fact, the company isn’t rating the film at all, notes Jesteadt. He views White Snake as an example of GKIDS’ foray into new creative terrain. “This is one of the films that has heralded a new age for Chinese animation. It has started to display the promise that has been apparent for so many years. For us, it’s a ‘down payment’ on years of conversations about taking part in the creative renaissance that’s going on the Chinese animation world. I think it will surprise people, and push them to challenge preconceptions about what animated storytelling can do.”

Anima 2020 Is on Its Way
Trailer: The ‘Witcher’ World According to Geralt