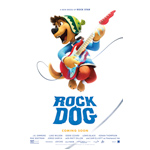 Summit Premiere will be introducing audiences to a new breed of rock star early next year with the February 24, 2017 theatrical release of Rock Dog — a new animated comedy from Oscar-nominated writer-director Ash Brannon (Surf’s Up, co-director Toy Story 2). Check out the new trailer below.

The film is an adaptation of the graphic novel Tibetan Rock Dog by Zheng Jun, with a screenplay by Brannon and Kurt Voelker. Rock Dog is presented by Lionsgate’s Summit Premiere, and is a production of Huayi Brothers Media Corp. and Mandoo Pictures, in association with Huayi Tencent Ent. Co., Eracme Ent. and Dream Factory Group.

For the Tibetan Mastiffs living on Snow Mountain, a dog’s life has a simple riff: Guard a peaceful village of wool-making sheep from the thuggish wolf Linnux (Lewis Black) and his rabid pack. To avoid distractions, Mastiff leader Khampa (J.K. Simmons) forbids all music from the mountain. But when Khampa’s son Bodi (Luke Wilson) discovers a radio dropped by a passing airplane, it takes just a few guitar licks for his fate to be sealed: Bodi wants to be a rock ‘n’ roll star.

That means defying his father’s wishes, heading to the city, and locating the legendary – and reclusive – musician Angus Scattergood (Eddie Izzard), who needs to write a new song and fast. If Bodi can put a band together, help Angus with his song, and defeat the wolves’ plot to take Snow Mountain, he will become what he’s always dreamed of being: More than a dog … more than a Rock God… a ROCK DOG! 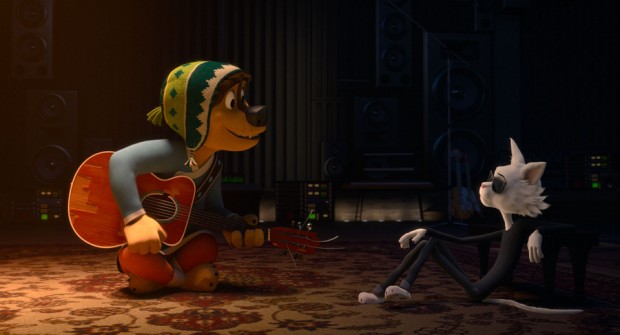